The German Research Center for Artificial Intelligence (DFKI) and 4DAGE, the Chinese visualization technologies company, have expanded their cooperation with the launch of the first joint projects in the area of semi-autonomous robots and 3-D scanning. 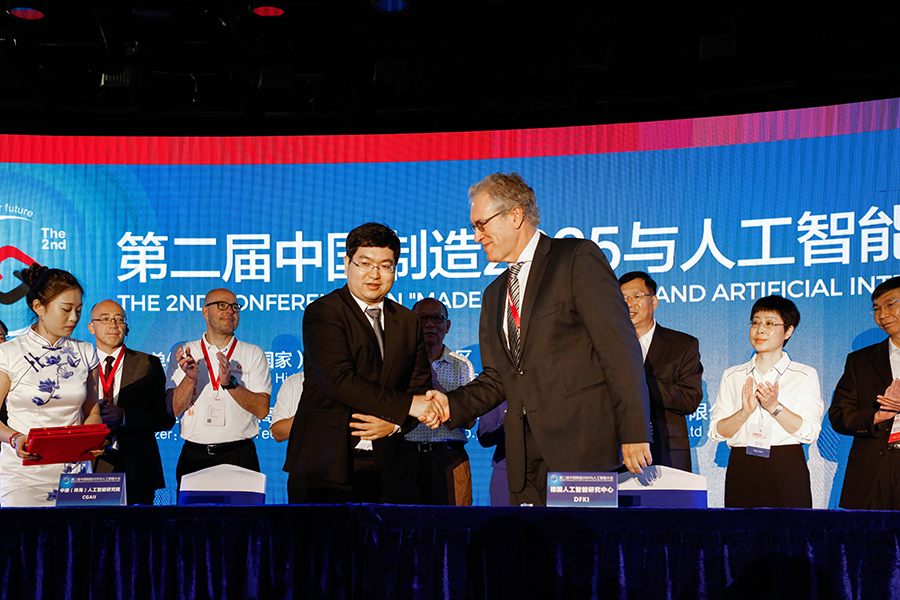 In June 2017, on the occasion of the German-Chinese government consultations, and in the presence of Federal Chancellor Angela Merkel and Chinese Minister President Keqiang Li, a Memorandum of Understanding (MoU) was signed between DFKI and 4DAGE whereby both agreed to strengthen their cooperation in the area of visual artificial intelligence. The agreement to start the first joint projects in the areas of semi-autonomous robots and 3D scanning was made under the framework of the 2d Conference on "Made in China 2025 and Artificial Intelligence" this past September in Zhuhai, China. 4DAGE is investing more than 2.1 million euros in DFKI research.

Dr. Walter Olthoff, business director of DFKI stated: "We are very pleased with our expanded cooperation with 4DAGE and this agreement enables the start of these first promising projects. The substantial investment underscores the ambitious goals of our cooperation. In addition to information and knowledge exchange and support of joint research studies through the temporary exchange of scientists and programmers, we also want to promote the development of a joint technology management and identify long term opportunities for further joint research topics." Also, in the context of the conference framework, DFKI signed an agreement with Wuyi University in Jiangmen City, located close by to Zhuhai

High precision 3D scanning for objects of art
Contact has been established for some time between the Augmented Vision research department at DFKI-Kaiserslautern and 4DAGE. The newly initiated project is developing a high precision, 3-D object scanner capable of creating detailed and true-to-life virtual images of valuable objects of art. The Forbidden City in Beijing is planned as the application scenario. The virtual reconstruction should be easily exportable and integrated in graphic tools such as a games engine or a 3-D website.

Prof. Dr. Didier Stricker, head of the research department in Kaiserslautern, said:
"The scanning technologies we are jointly developing will enable the digital conservation of important cultural objects. In this way, cultural heritage will be preserved and made available as an innovative virtual experience. Besides interactive exhibits and virtual museums, we also want to engage our vision of other exciting application fields for augmented reality and visual computing."

For example, such applications include: tourism, architecture, and city planning as well as e-commerce (shopping guides and fewer returns in online shopping). To further the joint development effort, two DFKI researchers from Prof. Stricker's team will work for one year at the Chinese-German Artificial Intelligence Institute Co. & Ltd in Zhuhai.

Prof. Dr. Frank Kirchner, director of RIC said: "The cooperation with 4DAGE is an important step for us in advancing the integration of various AI technologies in robotics. This integration has vast implications for the future of AI: while posing huge technical challenges, it also opens new fields of research in artificial intelligence that promise new insights. 4DAGE is a very innovative company that identified this potential very early on and seeks to develop new solutions together with DFKI."

The aim of the project is the joint development of a semi-autonomous, physical avatar based on a robotic system. The sensory inputs in the real world of the human representative are presented in a three dimensional world in which the user, for example, can interact at any point wearing VR glasses. 4DAGE brings its competency in the areas of Virtual Reality, 3-D reconstruction, and communication infrastructure, while the DFKI Robotics Innovation Center develops the algorithms for the robotic system and ensures a robust functionality in an indoor environment. Gradually, over time the robot will acquire additional abilities like the manipulation of objects and the capability to perform tasks with increasing autonomy. 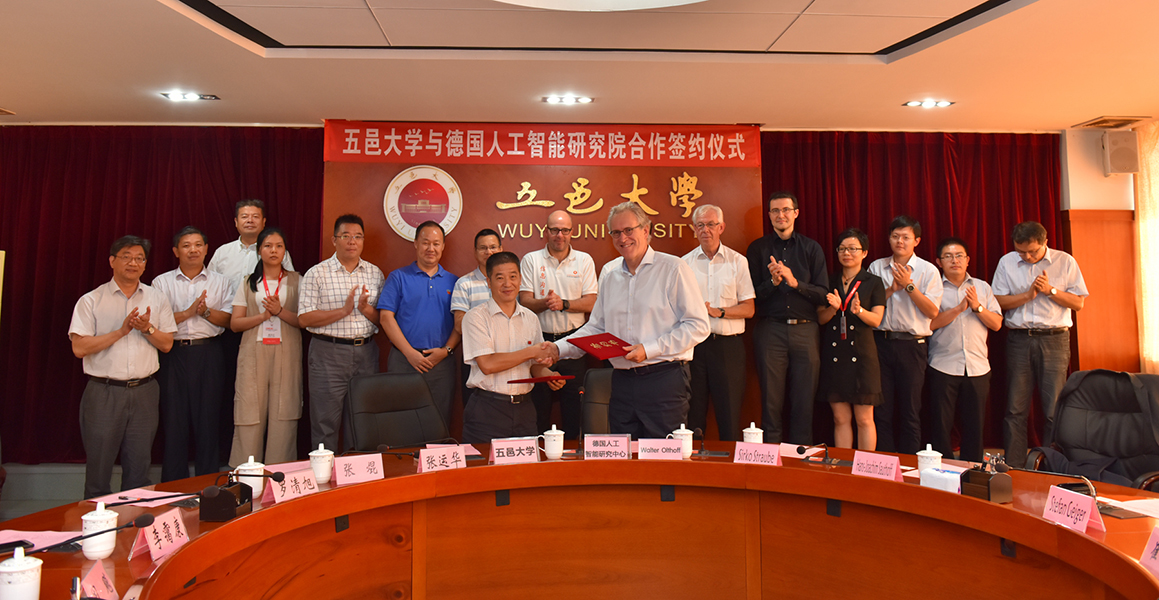