In contrary to ordinary Brain Computer Interface (BCI) approaches, Brain Reading (BR) is based on the the concept of observing an operator without distracting him from his actual task. Hence, the focus lies on a passive supervision of the operator rather than on an active steering of robots or protheses through thoughts. The BR System reads the brain by detecting and interpreting specific changes in the brain waves. These variations can, e.g., give insight into the processing of information that is presented to the operator. The control system can make use of this knowledge in order to prepare proactive, situation-specific actions. Thus, telemanipulation tasks gain in effectiveness and intuition for the operator. On the other hand, a misinterpretation of the operator's intentions can never jeopardize the overall scenario, as no systems are controlled directly.

Brain reading systems are considered adaptive (aBR) if they are able to compensate autonomously varying environmental conditions, different users and scenarios. The development of real-time aBR systems would allow maximum flexibility for all kinds of applications and can hence be seen as a new generation of man-machine interfaces. Applications for such interfaces related to space missions include the administration of semi-autonomous exploration missions, maintenance tasks on space stations, and manipulation jobs in general, such as, e.g., setting up and conducting experiments inside and outside the ISS.

The realization of the project IMMI requires an intensive cooperation of researchers from the fields of neuroscience, computer science, mathematics, physics, and electrical engineering. Project IMMI is divided into five work packages which can be summarized as follows:

WP1000: Project management; WP2000: Neuroscientific methods and investigations on state prediction in humans; WP3000: Analyses of EEG data by means of machine-learning approaches; WP4000: Development of concepts for aBR systems based on massively parallel data processing; WP5000: Construction, integration, and evaluation of an aBR system in the application scenario for aBR assistive robotics. 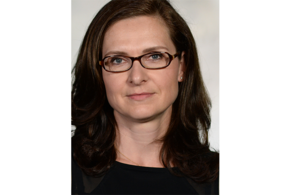