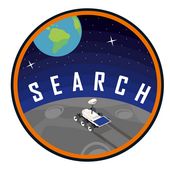 The project consists of the development of a functional demonstrator of a miniature exploration rover, which can move quickly and efficiently over stony, ice-covered or desert-like surfaces by using a particularly light construction and an innovative approach of locomotion. The mechanical design of the rover will be developed by Walter Kern GmbH and is delivered to the DFKI Bremen for its integration. At the Robotics Innovation Center of the DFKI Bremen, necessary electrical components for the rover will be selected and, in addition, a smart power management system consisting of hardware and software components will be developed. The latest developments in the field of miniaturization and nano- and material technology will be used to achieve these objectives. To achieve a long mission duration, the robot should be able to receive its energy from solar cells and accumulators. The control system will be capable of providing wireless remote control and also to send back its in-situ measured sensor data to the operator.

Due to a standardized type of system architecture, this kind of explorations robots shall be inexpensive to manufacture and cheap in selling to customers. This will be reached by low material usage and a low complexity structure. Hence a swarm of these robots, each equipped with different sensors, could explore a larger area than one robot alone. The robot should also be suitable for the use in areas which are too dangerous or inaccessible for humans to reach. For this, the robot should be able to explore an area via remote or automatic control by sending measurement data and live images to the operator. Precisely because of the dangerous nature of the application or the remoteness of the area to be explored, the robot should be as affordable as possible, so that higher quantities can be purchased and the loss of a single robot causes only a small financial loss to the customer.

Possible terrestrial applications are, for example, searching for missing persons in disaster areas, operations in radioactively contaminated areas, nuclear power plants or nuclear repositories as well as the use as a mobile measuring platform in scientific missions. For instance, in polar and desert regions or for the exploration of active volcanoes and cave systems.

With the help of the experience gained through the construction of a robot, initially designed for earth applications, the actual goal of the project is to be envisaged in a further development step. Namely, to make moon research accessible to private individuals and companies. In this context, the objectives described above should lead to a price for the acquisition and operation of the robot that is in the range of an expensive car. For that, it is aimed to be compatible with future lunar infrastructure planned with recent efforts by space industry companies like SpaceX, BlueOrigin or Rocket Lab for example.