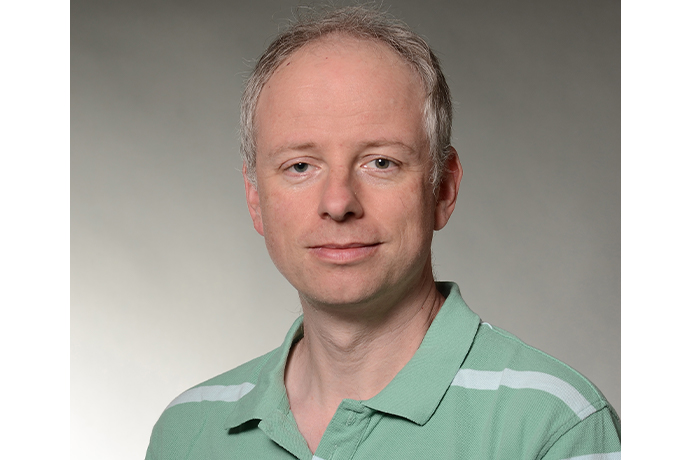 Udo Frese is professor for multi-sensor interactive systems at University of Bremen.

He was born in 1972 and studied computer science at University of Paderborn from 1993 to 1997. From 1998 to 2003 he worked at the German Aerospace Center (DLR) on the Simultaneos Localization and Mapping (SLAM) problem and defended his Ph.D thesis in 2004 at Friedrich-Alexander-Universität Erlangen-Nürnberg. Since then he works at University of Bremen, since 2008 as assistant professor for real-time computer vision and since 2014 as professor for multi-sensor interactive systems.

He is member of the high-profile research area Minds, Media, Machines and associated with the German Research Center for Artificial Intelligence (DFKI).

His research interests are computer vision, sensor fusion by probabilistic modelling and algorithms for safety functions, all for applications in robotics and interaction. Together with DFKI, His lab runs the robot soccer team B-Human, who became world-champion for 7 times.