Numerous sensor systems in the North Sea record wind, humidity, hours of sunshine and many other environmental parameters. In the future, Artificial Intelligence (AI) will autonomously detect unusual changes in sensor data in real-time and thus enable the early detection of interesting or critical events, such as storm tides or extreme concentration of algae bloom. This will in turn permit scientists to trigger appropriate actions at an early stage. In the ChESS project (Change Event based Sensor Sampling), a consortium consisting of the German Research Center for Artificial Intelligence (DFKI), Carl von Ossietzky University of Oldenburg and Jade University of Applied Sciences Wilhelmshaven Oldenburg Elsfleth is developing a corresponding new AI method. 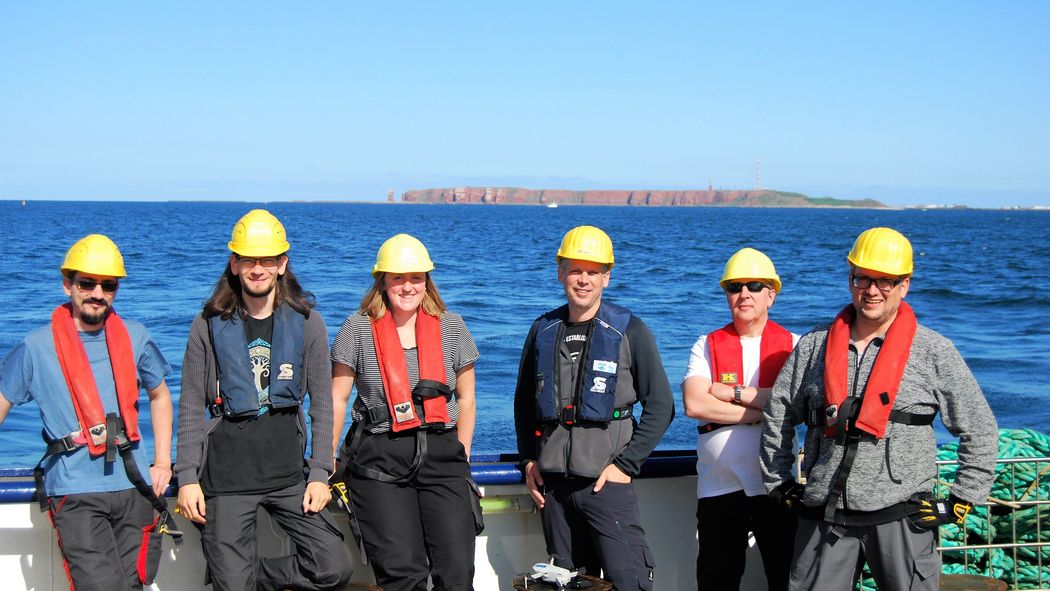 © DFKI
ChESS picks up speed. Three research institutions are working towards one goal in this joint project. In the event of a storm tide, for example, AI in the future could automatically detect system changes in real-time and trigger actions at the moment they occur. Our photo shows the ChESS team (from left) Elmar Berghöfer, Daniel Lukats (both DFKI), Janina Schneider, Oliver Zielinski (both University of Oldenburg and DFKI), Lars Nolle (Jade University) and Frederic Stahl (DFKI). Iring Paulenz (Jade University) is missing in the picture.

Scientists of the three participating research institutions from Oldenburg and Wilhelmshaven now met on Spiekeroog island for a kick-off meeting of the ChESS project. The offshore island in Lower Saxony's Wadden Sea, a UNESCO World Heritage Site, plays a pivotal role in the project. This is because mobile as well as permanently installed sensor systems on and around Spiekeroog provide numerous real-time environmental data sources for the development of the new AI methodology. Moreover, ChESS will later be evaluated here on a case study prior to rolling out the method to other waters worldwide.

Prof. Dr Oliver Zielinski, Professor of Marine Sensor Systems at the University of Oldenburg, and head of the Marine Perception research department at DFKI, is in charge of the overall ChESS project. “If we want to protect the oceans and use its resources in a sustainable way, we need fact-based and agile management”, says the marine researcher and sensor technology expert. The goal of ChESS is to automate parts of the natural science research process using AI. The scientists of the three partner organisations work on different aspects the projects in line with their individual areas of expertise.

As a first step, scientists at the DFKI-Lab Niedersachsen in Oldenburg are designing and evaluating suitable algorithms. The data space, in which countless measured values flow into one another, is huge, says Dr Frederic Stahl, who is responsible for ChESS at DFKI: “With Artificial Intelligence, we can analyse high-dimensional sensor data faster and more efficiently and arrive at new insights about relationships in the sensor data and how they correlate with changes in the ocean.” In the event of a storm tide, for example, AI in the future could automatically detect system changes in real-time and trigger actions at the moment they occur. One such action could be to prompt autosamplers to take water samples more frequently and at shorter intervals.

In parallel with the programming of corresponding algorithms, Jade University of Applied Sciences is working under the direction of Professor Dr Lars Nolle to develop and evaluate suitable software architectures. “To ensure that the methodology we develop can subsequently be used by as many scientists as possible, the system must meet strict requirements in terms of real-time capability and data throughput”, explains Nolle, adding: “The system must also have open interfaces and be scalable.”

Once the methodology is ready, the next step is to test it using a case study at the Spiekeroog Coastal Observatory, which is operated by the Institute of Chemistry and Biology of the Marine Environment (ICBM) at the University of Oldenburg. The observatory comprises several measuring stations on and around the island. This includes a measuring station west of Spiekeroog, which continuously records oceanographic, meteorological and biochemical data. A groundwater monitoring in the north of the island is also part of the observatory, as are twelve artificial islands in the back mud flats of Spiekeroog, where the development of biodiversity is studied. The research unit with a laboratory as well as a measurement container used by the observatory are located at the Wittbülten National Park House. The University of Oldenburg will provide the necessary environmental data for the ChESS project and will also evaluate the AI method in terms of its effectiveness.

Following the project, which is scheduled to run for three years until 2024, the ChESS team from DFKI, University of Oldenburg and Jade University of Applied Sciences intend to make the AI methods and frameworks they have developed available to other researchers via open-source software platforms and publications. In this way, the systems obtained in the project can be applied worldwide to automate scientific research processes. ChESS is funded by the Lower Saxony Ministry of Science and Culture from the Volkswagen Foundation's “Lower Saxony Advance” with around 700,000 euros. 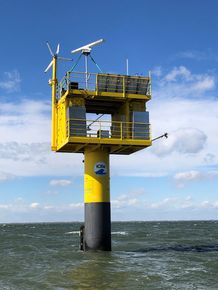 © Thomas Badewien, Universität Oldenburg
Data is recorded continuously at the measuring station of ICBM, University of Oldenburg - regardless of the weather. The data flows into the ChESS project.