On April 8, the EU Commission published core requirements for a trustworthy Artificial Intelligence and has thus begun a process in which the EU AI Strategy will continue to take shape. CLAIRE (Confederation of Laboratories for Artificial Intelligence Research in Europe) will play a prominent role in this process. The opening of the German CLAIRE office is an essential step in this development. More than 2800 European scientists currently support the initiative. 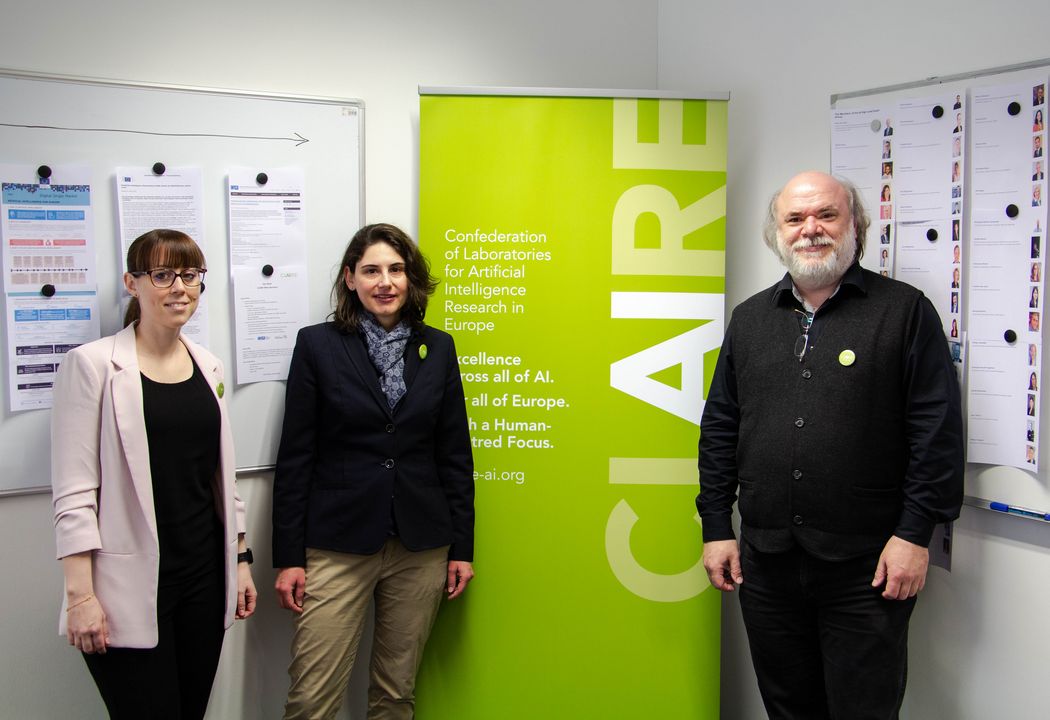 The CLAIRE office opened today at DFKI Saarbrücken has set itself the task of being the first point of contact for the CLAIRE community, for business and science as well as for government representatives at federal and state level in German-speaking countries. The office, initially staffed by three employees, will also coordinate CLAIRE activities in the Greater Region across borders, inform the interested public, and support Prof. Dr. Philipp Slusallek in his role as CLAIRE co-initiator.

"CLAIRE wants Europe to play a leading role in the field of artificial intelligence. To this end, research in all AI sub-areas is to be strengthened, and the development of solutions centered on the human being and based on European values is to be focused. We are delighted that with the new office in Saarbrücken we can make a contribution to realizing this vision, which is so important for Europe, and would like to serve as a contact for CLAIRE activities, especially for players from German-speaking countries," says Dr. Silke Balzert-Walter, head of CLAIRE Office Germany.

The initiative, which was founded in June 2018, advocates an "AI made in Europe" that takes fundamental European values into account. As a European response to the global AI competition, it brings together stakeholders from research, industry, politics, and society throughout Europe and involves them in the discussion of new research topics, technologies and solutions. CLAIRE's concrete objectives include the further development of competence centers, which will be strategically distributed across Europe, and a central hub, data and compute infrastructure as CERN for AI. Together with Prof. Holger Hoos, University of Leiden, and Prof. Morten Irgens,  Oslo Metropolitan University, Prof. Philipp Slusallek, site director of the DFKI Saarbrücken and head of the Agents and Simulated Reality research department, is one of the founders of CLAIRE.

"CERN is an excellent example of what we want to achieve with CLAIRE. Nuclear research is carried out by many excellent researchers and laboratories spread across Europe and the world. But through coordination, their research gains much more influence and recognition in all fields."

The first steps towards transforming the informal initiative into a legal organization have already been taken. The provisional headquarters are currently located in The Hague, and the first CLAIRE offices are being set up in Oslo, Prague, and Rome. Further offices and staff in other European cities are to be added successively. 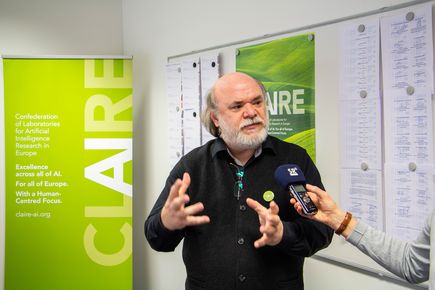 Prof. Slusallek talking to the press about the CLAIRE initiative.