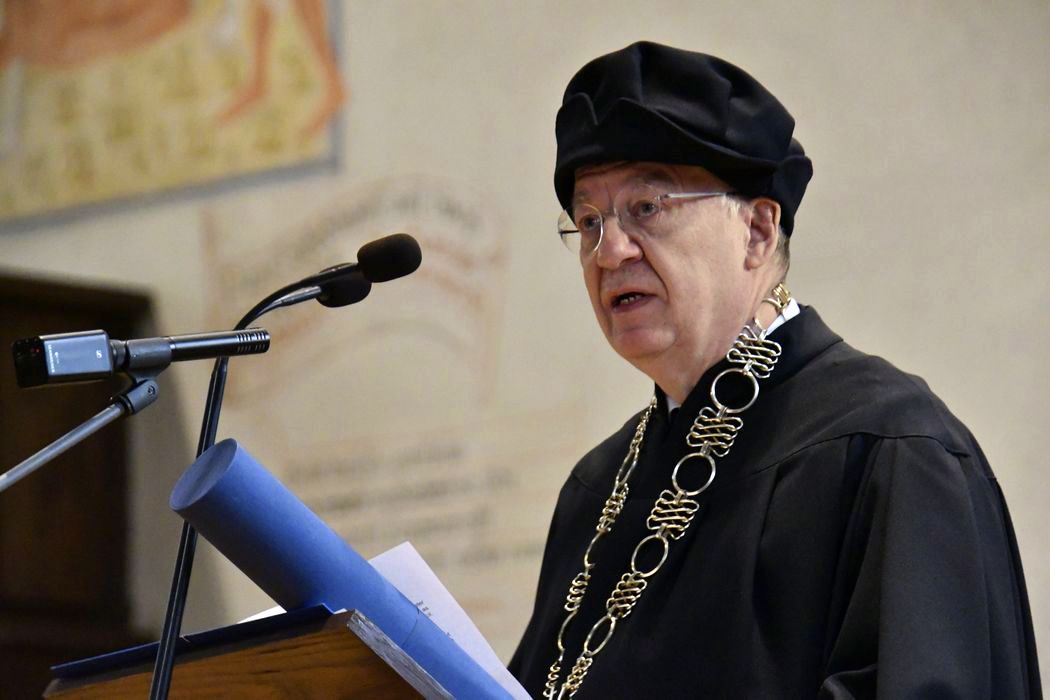 CTU is one of the oldest and leading technical universities in Europe, which was founded 313 years ago. Since 1905 it has only awarded 161 honorary doctorates – including Nicola Tesla as the inventor of wireless energy transmission, US president and Nobel Peace Prize laureate Woodrow Wilson, and robotics pioneer Ruzena Bajcsy from UC Berkeley.

As a professor of computer science at Saarland University, Wolfgang Wahlster was the founding director and Chairman of the Board of the German Research Center for Artificial Intelligence (DFKI), which he headed for over 20 years until February 2019. Today he is considered the scientific father of INDUSTRIE 4.0.

The guests of honor at the ceremony included the Vice Premier and Minister of Economy Dr. Karel Havlíček, the German ambassador Dr. Christoph Israng, and the regional CEO of Siemens Eduard Palíšek.

While in Linköping and Darmstadt his much-cited work in the field of spoken dialog systems (e.g., Verbmobil and SmartKom) was honored, in Maastricht and Prague his more recent work on artificial intelligence for INDUSTRIE 4.0 (e.g., SemProM and Hybr-iT) was the focus of the award.

Since the mid-1970s, Professor Wahlster has regularly visited the two universities in Prague as a guest lecturer for exchange with the research groups around Professors Sgall and Hajicová, initially focusing on computational linguistics and spoken dialog systems and later on artificial intelligence. Already 20 years ago, Wahlster, then President of the European AI Association, supported AI research in Prague by advocating the first international summer school on multi-agent systems (MAS), initiated by the professors Štěpánková and Mařík at the CTU in 2001. MAS are one of the important technical foundations for distributed production control in INDUSTRIE 4.0.

“Wolfgang Wahlster is a unique scientific personality. He has worked with Czech scientists since the 1990s, and it has always been an equal cooperation, providing researchers the confidence they needed to compete in the international environment. He has created a number of professional attachments in the Czech Republic, contributed to the integration of the Czech AI community into European research by supporting it in the European Coordination Committee and helping Czech researchers around the world,” said CTU Rector Prof. Vojtěch Petráček.

In March 2016, the professors Mařík from CIIRC and Wahlster from DFKI led the first German-Czech workshop on INDUSTRIE 4.0 in Prague. There, the Czech national initiative “Průmysl 4.0” was also presented internationally for the first time as a counterpart to the German INDUSTRIE 4.0 platform. In the same year, a cooperation agreement between CIIRC and DFKI to operate a joint laboratory for human-robot collaboration was signed during the state visit of German Chancellor Dr. Merkel.

“From his previous cooperation, Wolfgang Wahlster recognized the potential of the Czech environment and evaluated it as optimal: well-prepared and with a high-quality scientific background. This is one of the reasons why this concept was quickly adopted to the Czech environment,” said Prof. Vladimír Mařík, founder of CIIRC.

The greatest success of the cooperation to date is the lighthouse project RICAIP, which is being funded with a total of approximately 50 million euros and has successfully passed a very competitive EU selection process. The appointment of Dr. Tilman Becker, a long-time DFKI scientist, as head of RICAIP at CIIRC in Prague underlines the trustful cooperation of both partners.

The Czech Republic and Germany are industrialized countries with a shared focus on the automotive industry and mechanical engineering. Therefore, the fourth industrial revolution is of the utmost importance for both countries. Artificial intelligence and the Internet of Things are of fundamental importance for the implementation of INDUSTRIE 4.0 in transformable factories. But not only manufacturing but also products and related services must be digitized if we are to remain a global leader in the industrial sector in the future.

“I feel deeply honored by the decision of the Scientific Council of CTU in Prague as one of the oldest and best technical universities of Europe to award me the prestigious honorary title Doctor honoris causa. It gives me great joy and satisfaction that this award underlines the impact of Artificial Intelligence and INDUSTRIE 4.0 on the Czech and German research on advanced manufacturing as well as on the economy of both countries. The digitalization of industrial production, products, and services plays a critical role in the future of both countries. The intensive collaboration of the two leading institutes in industrial AI, CIIRC and DFKI, ensures that both countries remain the globally leading suppliers for the next generation of smart factories. My cooperation with CTU was always based on my deep respect for the scientific excellence at CIIRC, the reliability of all Czech project partners and their very hard-working staff, as well as the shared socio-economic values and principles,” Wolfgang Wahlster commented on the distinction he received from CTU. 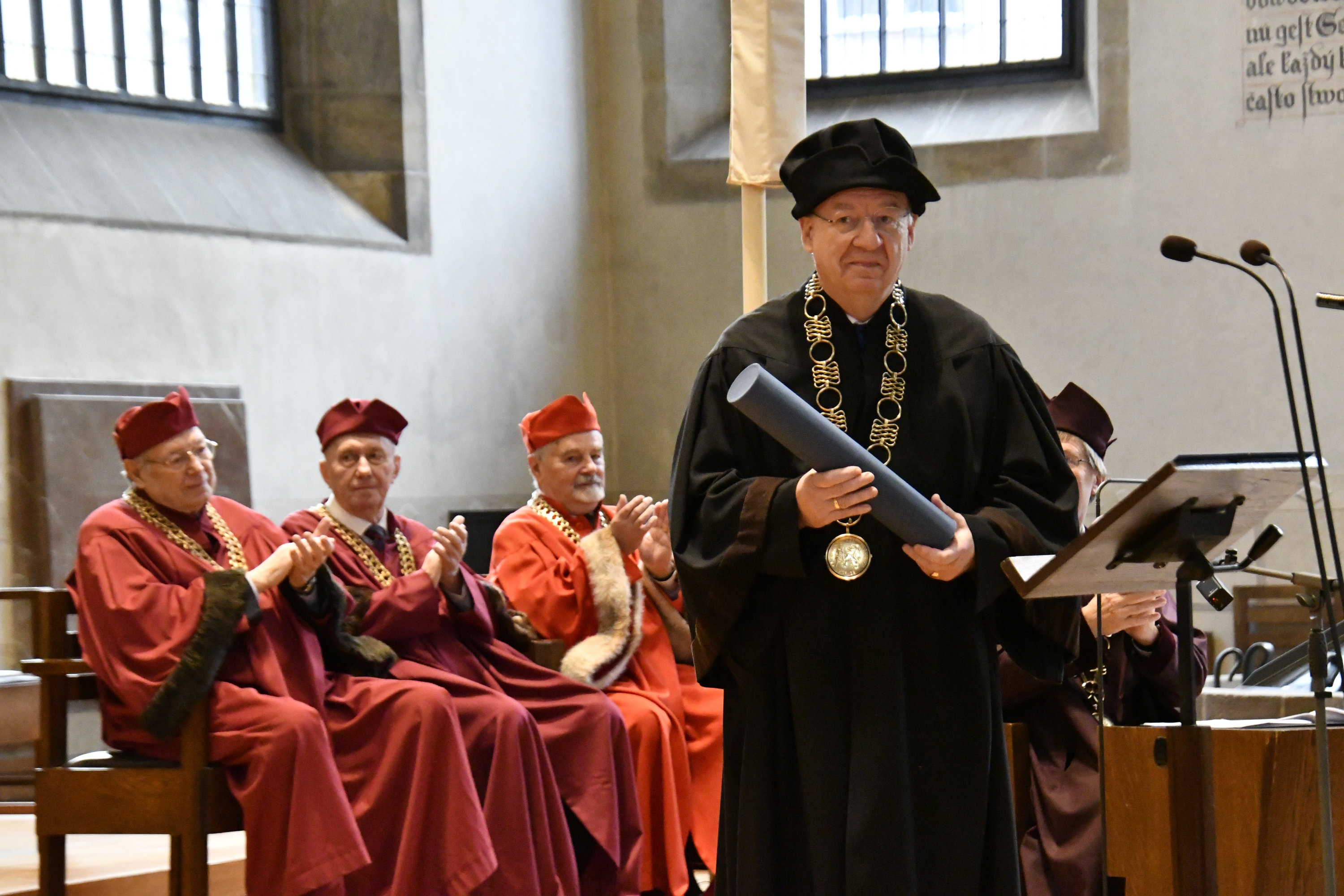 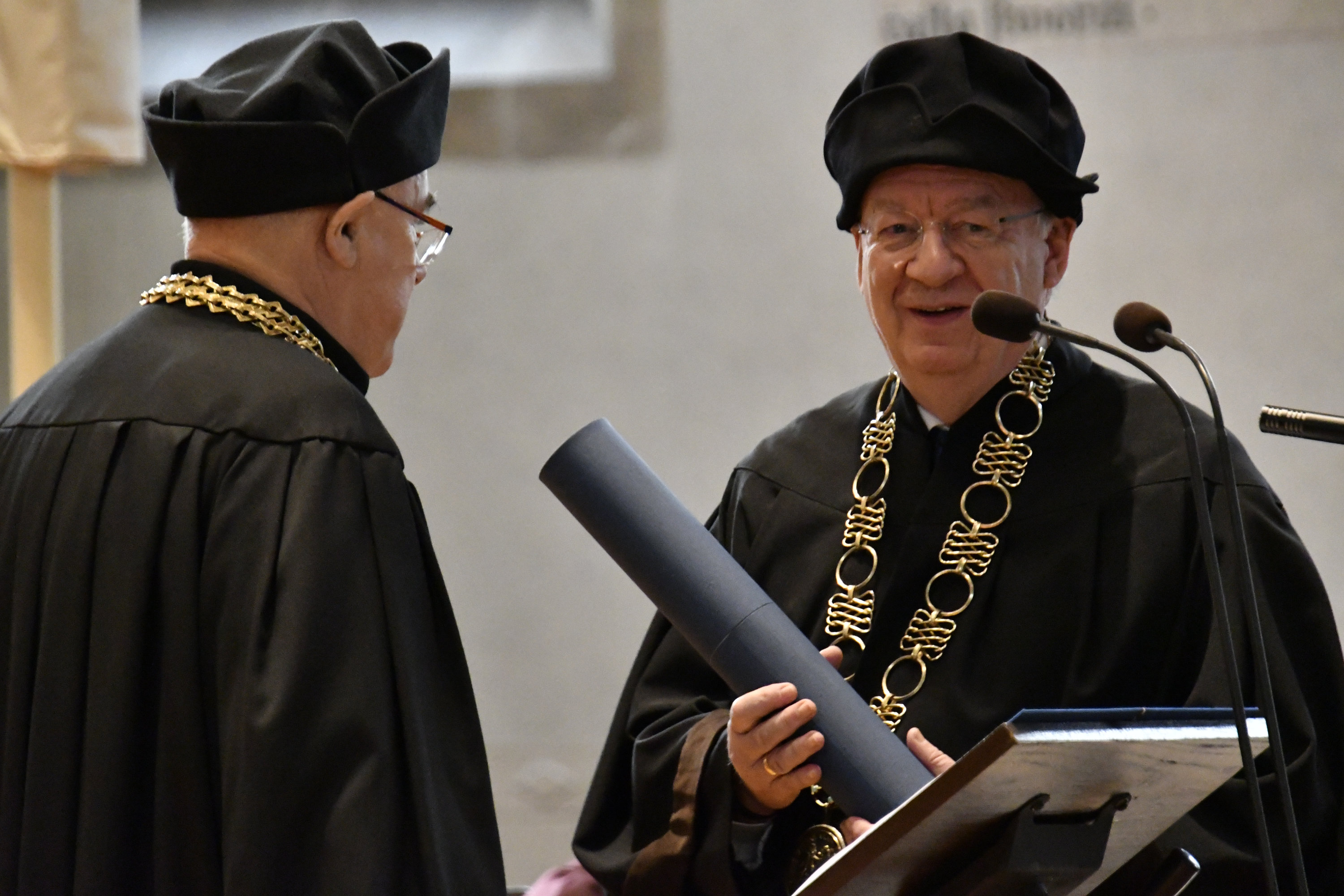 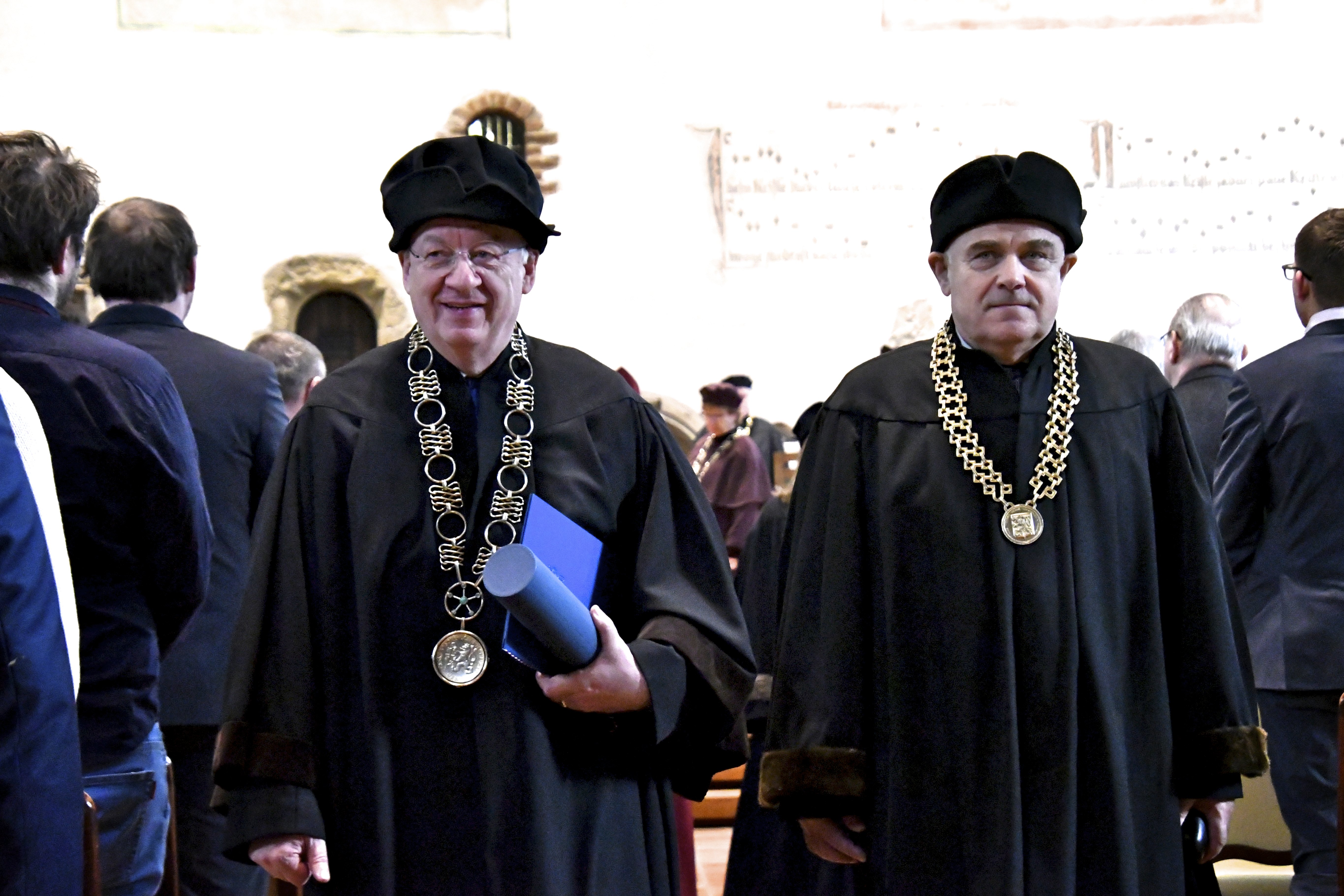 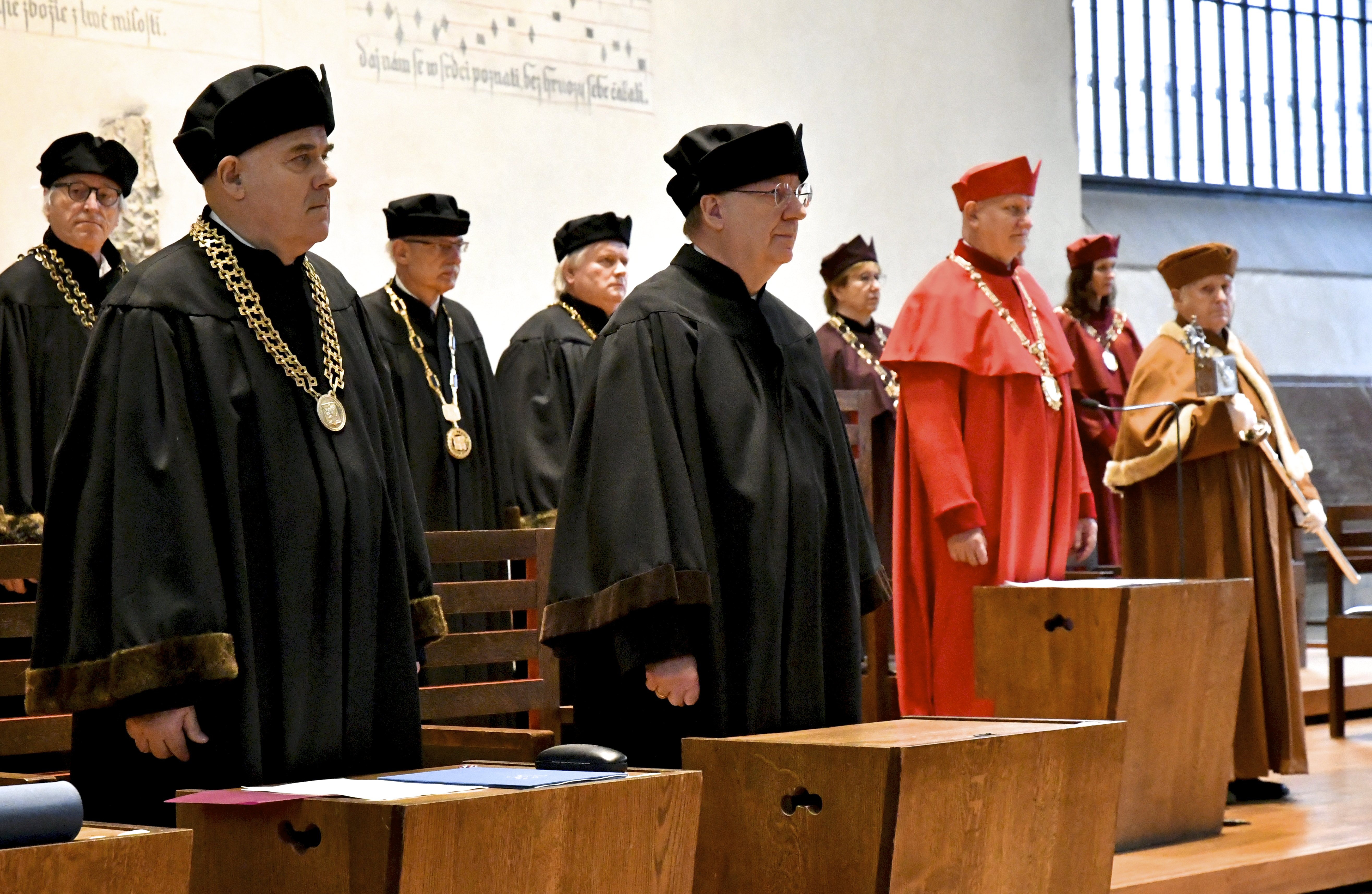 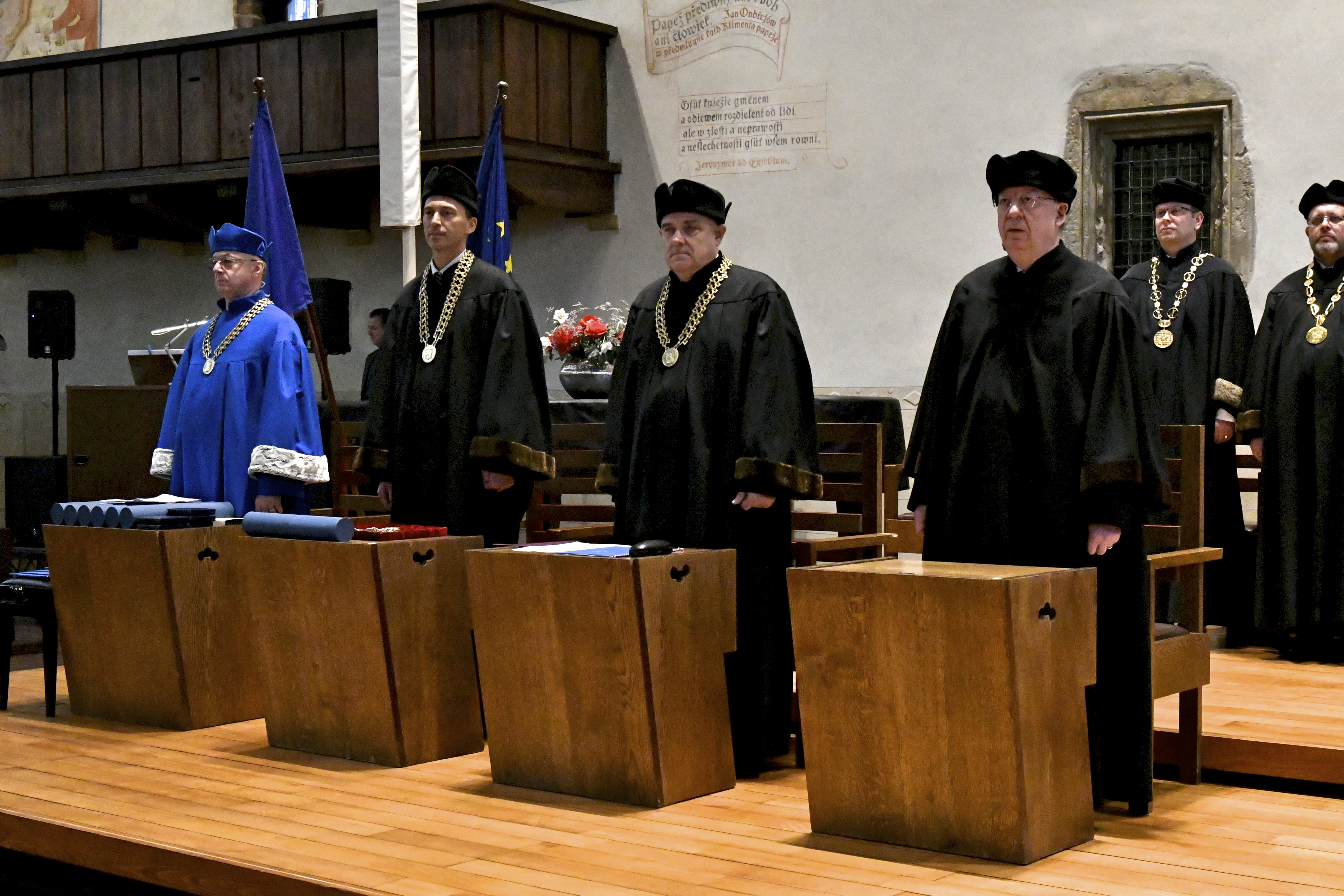 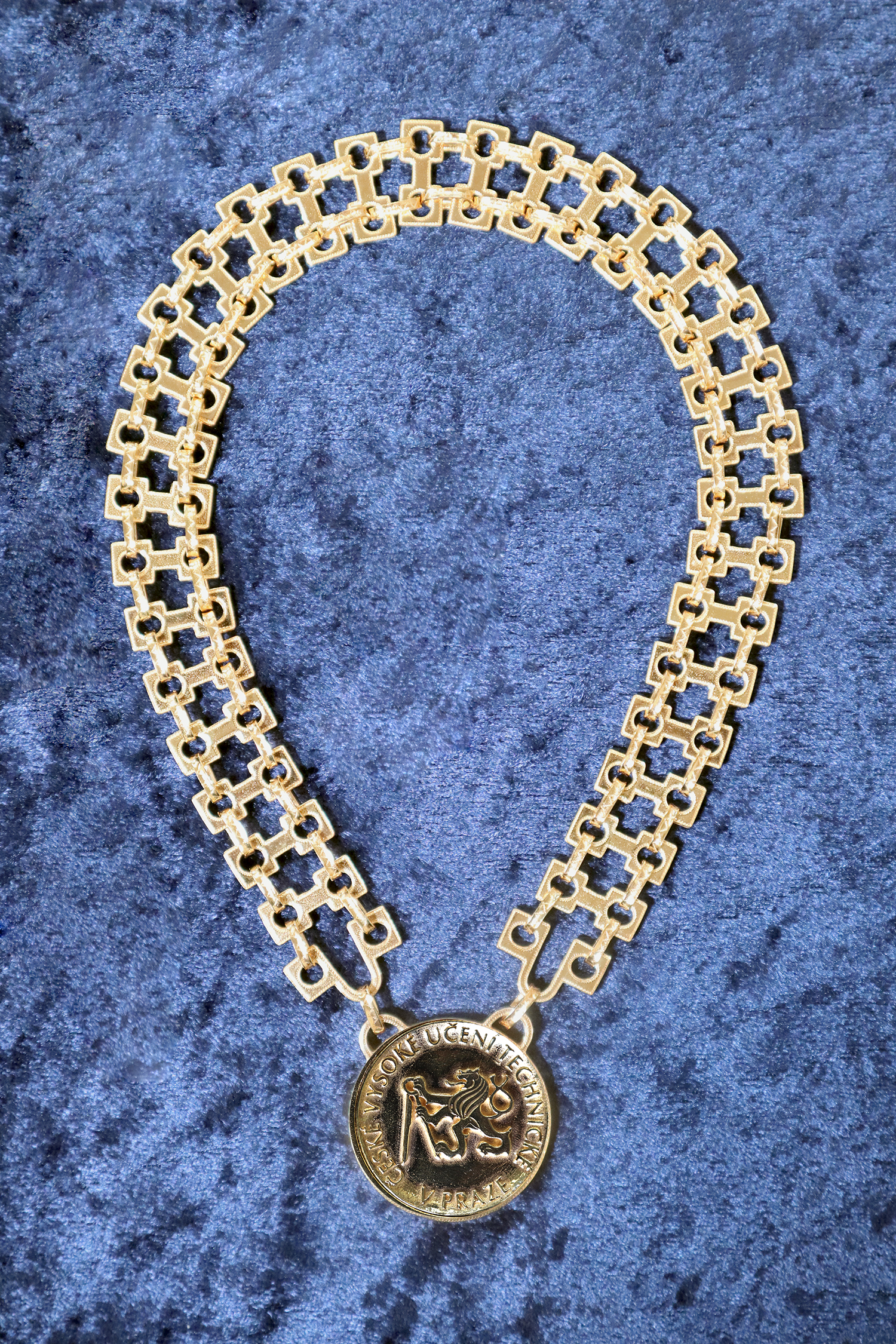