Four times marine sciences, one time quantum physics: As part of the programme "Digitalization in Natural Sciences", the State Ministry of Science of Lower Saxony (MWK) is funding a total of five research projects in Oldenburg over a period of three years with roughly 4.5 million Euros from the "Niedersächsisches Vorab" fund of the Volkswagen Foundation. Amongst others, the researchers from Oldenburg and their partners plan on investigating the nano world with digital tools and develop systems for the automated analysis of data from satellites and environmental sensors with the help of Artificial Intelligence (AI). The DFKI Laboratory Niedersachsen of the German Research Center for Artificial Intelligence (DFKI) is cooperating in three of the projects. The universities in Lower Saxony have applied for a total of 25 research projects in this year's call for tender, of which eight have now been approved. 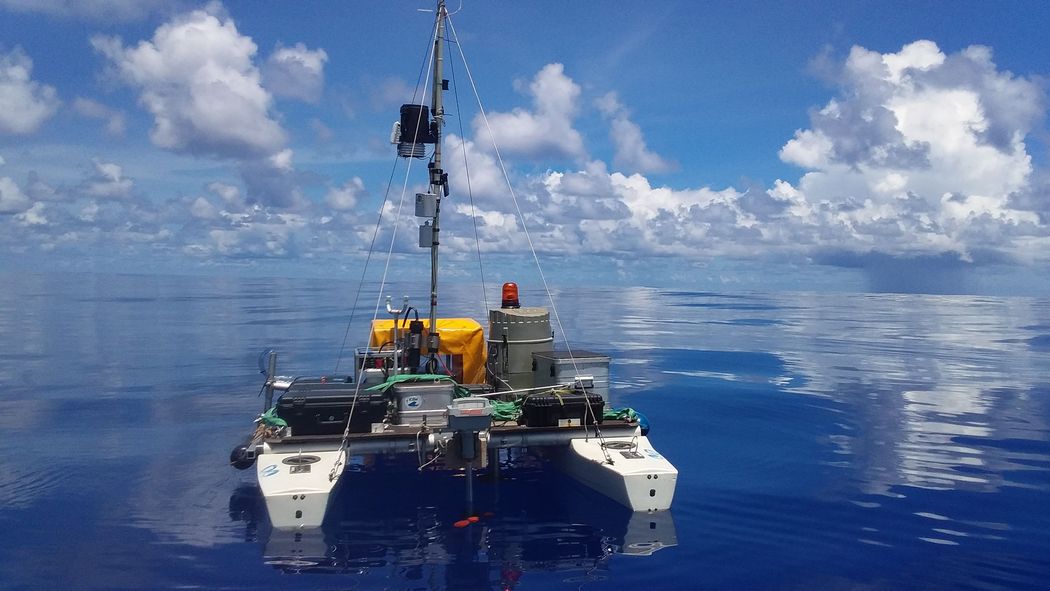 (Press release of the University of Oldenburg)

"Innovative digital methods allow for the analysis of large amounts of data and the generation of new knowledge. Especially in natural sciences, AI methods offer the chance to discover new areas of research and connect different disciplines. I am happy that five projects from Oldenburg were successful and are working on important questions of fundamental and environmental research with digital approaches", says Prof. Dr. Dr. Hans Michael Piper, President of the University of Oldenburg, on the occasion of the approval.

The main applicants of the five projects from Oldenburg that received funding are the physicist Prof. Dr. Caterina Cocchi, head of the work group for Theoretical Solid-State Physica at the Institute of Physics, and the marine scientists Dr. Thomas Badewien, Prof. Dr. Thorsten Dittmar, Prof. Dr. Oliver Wurl and Prof. Dr. Oliver Zielinski of the Institute for Chemistry and Biology of the Marine Environment (ICBM). Prof. Zielinski is also the head of the Marine Perception research department at the DFKI Laboratory Niedersachsen.

The project SMART ("Simulations meet experiments on the nanoscale: Opening up the quantum world to artificial intelligence") by Caterina Cocchi aims at explaining quantum-mechanical processes with innovative methods of computational physics and ultra short time physic, especially the interaction of light and matter on a scale of a few nano meters. The team, which includes two physicists from Oldenburg and partners from the University of Bremen, wants to develop digital tools in order to combine the results from experiments and simulations automatically. New visualization software is also meant to make the movement of charge carriers within nano materials visible.

Both the University of Emden/Leer and the DFKI are participating in the project saimidris ("Sailing Intelligent Micro Drifter Swarms"), which is led by Thomas Badewien. Its aim is to develop small intelligent objects that autonomously drift with the sea currents and behave like a swarm. These drifting objects, which are equipped with newly developed sensors, are meant to be deployed for the monitoring of the spread of pollutants in areas of the sea where water masses from different sources meet. The Maritime Technology Center in Leer develops miniature sail propulsions for the drifting objects that can communicate with each other.

At the center of Thorsten Dittmars project "Global Carbon Cycling and Complex Molecular Patterns in Aquatic Systems: Integrated Analyses Powered by Advanced Digitization Techniques" lies the so-called dissolved organic material - a mysterious mixture of different carbon-based substances from the sea that play an important role in the global climate.Together with other researchers from ICBM and partners from the Max Planck Institute for Dynamics and Self-Organization in Goettingen, Dittmar plans on expanding an existing data management system in order to organize, compare and analyze the large amounts of data created in the investigation of the dissolved organic matter. The aim is to detect patterns in the data and thus draw conclusions about the worldwide materials cycles.

The project NorthSat-X ("The NOrth Sea from space: Using explainable artificial intelligence to improve satellite observations of climate change") by Oliver Wurl and partners from ICBM and the DFKI aims at fundamentally improving the quality of remote sensing data from satellites specifically for coastal regions. The team develops methods based on machine learning in order to improve the matching of satellite data with data measured directly on the sea surface. This is for instance meant to allow for an improved registration of percipitation and climatic changes in the North Sea region. For the collection of data, a remote controlled catamaran is developed. The catamaran will be equipped with an autopilot, further sensors and technology to increase its range.

The fifth project called ChESS ("Change Event based Sensor Sampling") by Oliver Zielinski deals with an early warning system for changes in the ecosystem. Together with partners from the DFKI Laboratory Niedersachsen and the University of Jade, the marine scientists plans to develop an AI method that collects and analyzes data from different environmental sensors in real-time. The aim is to create a fundamental AI structure that can act autonomously and give early warnings e.g. about pollution. The newly developed method is meant to be realized and tested by the scientists using an automated sensor system for coastal waters.

The programme "Digitalization in Natural Sicences" of the State of Lower Saxony funds project teams that deal with interdisciplinary aspects of the digitalization in regards to questions from natural sciences and simultaneously pay attention to the transfer of newly won knowledge. Both research methods that use digital methods as well as the development of new digital methods using hardware and software are funded.