At its meeting in Berlin on November 7, 2019, the DFKI Supervisory Board elected Dr. Gabriël Clemens, Member of the Board of Management of VSE AG, as its new Chairman. Prof. Dr.h.c. Hans A. Aukes, who has been Chairman of the Supervisory Board of DFKI for thirteen years, said goodbye and was honored as DFKI Fellow. Under his chairmanship, DFKI was able to increase its financial volume from € 14.1 million in 2006 to € 48.9 million in 2018.

Prof. Aukes explained: “The past 13 years have been an intensive and successful time for the DFKI, but also the development of artificial intelligence. Today, AI is an essential driver for science and industry and makes a considerable contribution to the success of Germany as a business location. I want to thank the representatives of the DFKI shareholders and the DFKI management for their trusting and constructive cooperation. I am extremely pleased that the Supervisory Board has elected Dr. Gabriël Clemens as its outstanding new Chairman and wish him every success in shaping the future of DFKI.”

Dr. Gabriël Clemens has been delegated to the DFKI Supervisory Board by VSE AG since 2017. The Saarland infrastructure and energy service provider has more than 100 years of company history. VSE AG is owned by innogy SE, Saarland, as well as districts, towns, and municipalities of Saarland. VSE AG has been a shareholder of DFKI since 2013. This cooperation has grown out of the realization that in times of fundamental transformation, research and industry must work more closely together with energy system transformation and digitization. DFKI and VSE are partners in the research project Designetz. In this context, DFKI provides artificial intelligence for the power grid of the future.

“The DFKI opens up new solutions for VSE and thus for the energy industry in the increasingly complex organization of energy systems. DFKI also shapes the future in many other areas of the economy and society. It is a particular pleasure and honor for me to be able to accompany the future projects of DFKI as Chairman of the Supervisory Board in the future,” said Dr. Gabriël Clemens.

Dr. Gabriël Clemens has been a member of the Management Board of VSE Aktiengesellschaft since July 1, 2014. From 2009 to mid-2014, Clemens held senior positions in the RWE Group. Before moving to Saarland, Clemens was most recently Managing Director of Westnetz GmbH with responsibility for the “Integration/Asset Management” division. 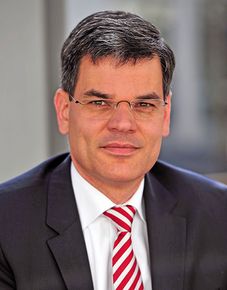