Just in time for Christmas, a Mars-analogue mission in Morocco, coordinated by the Robotics Innovation Center of the German Research Center for Artificial Intelligence (DFKI) as part of the SRC project FACILITATORS, has been successfully completed. SRC, the Strategic Research Cluster on Space Robotics Technologies, is a program of the European Union to support research and development in space technologies. From mid-November to mid-December 2018, a team of more than 30 scientists from 11 countries tested technologies for future exploration of Mars and Moon in the desert of the Maghreb state. 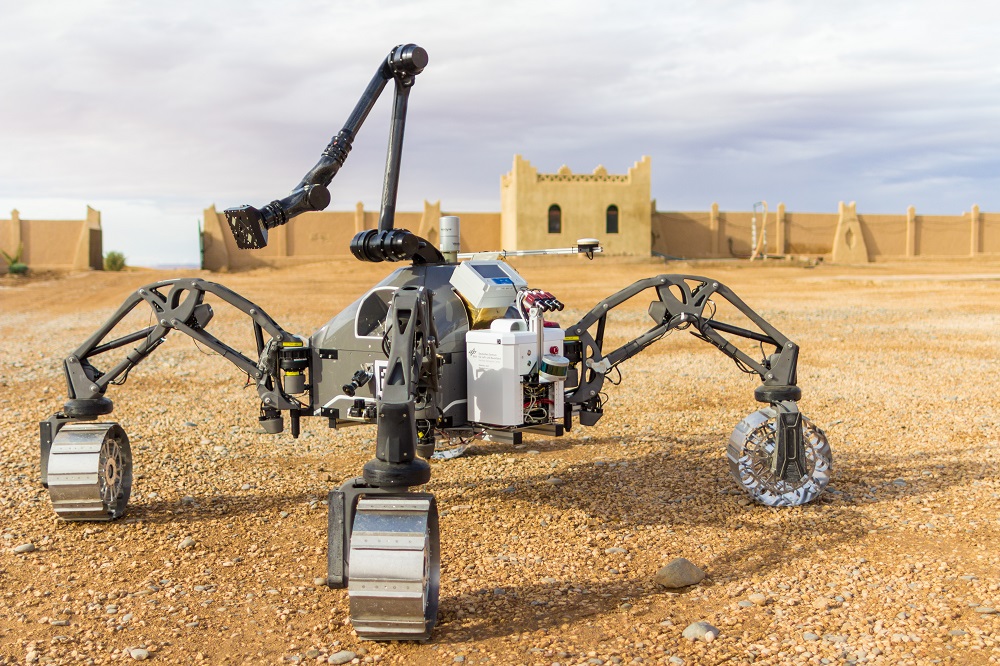 © DFKI GmbH, Foto: Florian Cordes
The hybrid walking and driving rover SherpaTT was prepared for the desert on a test site near the hotel in Erfoud.

Close to the border with Algeria, the Erfoud region in Morocco – known to tourists for its impressive sand dunes – offered ideal conditions for the four-week field test campaign. With its barren outcrops and reddish ridges the landscape is remarkably similar to the topography of Mars. There, the European research team was able to test robots, sensors and software under conditions much closer to the real conditions of future planetary exploration missions than those that can be found in the lab.

"Only through such field tests we can have high confidence that the software and hardware we developed will work as planned under the harsh environmental conditions that prevail on Mars and Moon. We do test software and hardware in labs and in computer simulations. In these we simulate what we imagine, but reality provides for unforeseen situations. The variability that nature brings - from lighting conditions to the shapes of the landscape, to the structures of the sand and rocks - cannot be simulated reliably, it can only be experienced in field tests" says Gianfranco Visentin, Head of Automation and Robotics at the European Space Agency (ESA) and coordinator of the EU project PERASPERA.

In the PERASPERA project, the European Space Agency (ESA), the German Aerospace Center (DLR), and the national space agencies of France, Spain, Italy and Great Britain work together to develop the research roadmap for the EU’s Strategic Research Cluster (SRC) on Space Robotics Technologies and to oversee the implementation of the various research projects funded by this program. An important part of the SRC roadmap are extensive tests and evaluation measures for the technologies developed in various sub-projects. This includes the field tests in Morocco, which were organized by DFKI's Robotics Innovation Center as part of the FACILITATORS project (led by the Spanish company GMV).

The first two weeks of the Morocco campaign were used to set up and prepare all hardware and software systems in a workshop near the base-camp in Erfoud. In addition, a detailed digital elevation map of the test area was prepared using a flight drone from ESA. At the end of November, the scientists finally set up their field camp in the desert near Rissani, about 30 km southwest of Erfoud. There, they tested the software for autonomous robot behaviour and data fusion. These systems had been developed as part of the EU projects ERGO – coordinated by GMV from Spain – and InFUSE, coordinated by Space Applications from Belgium.

The robotic platform used in the tests was the SherpaTT robot provided by DFKI. This hybrid robot with four “wheeled” legs can drive and walk. It represents a new type of robots for space exploration. In addition, a pair of “classic” 4-wheeled rovers, MINNI and MANNA provided by CNRS-LAAS (Toulouse, France), as well as the Handheld Central Rover Unit (HCRU), a sensor module developed by the DLR institute in Oberpfaffenhofen, Germany, were used in the field trials. Inspired by planetary exploration scenarios such as the NASA Mars Sample Return Mission, the SherpaTT rover used the new software to perform an autonomous long-distance exploration mission. To take a soil sample at a remote destination, the rover covered a distance of more than 1.3 km, traversing wide plains and finding its way around steep cliffs and deep gorges in the Moroccan desert landscape.

The results of the tests and the data collected by the rovers in Morocco represent great success and a significant test dataset for analogue simulations. During the field tests, the project partners could demonstrate not only that the developed software modules work under Mars-like conditions, but also compile a valuable database for further research work. The successfully tested "Space Robotics Technologies" will now serve as core components for more complex robotics applications, which are planned to be developed from 2019 to 2021 in a second series of EU-funded R&D projects. 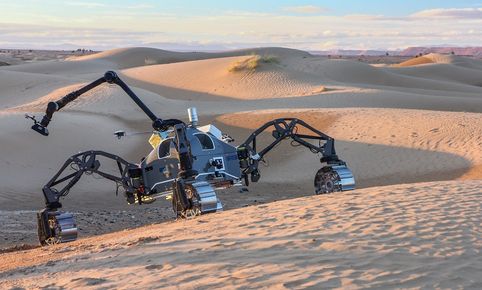 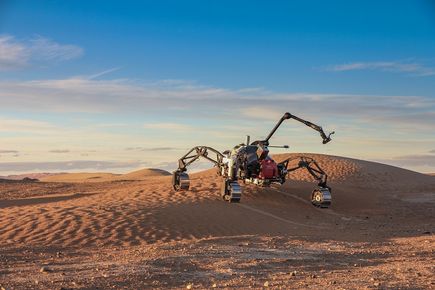 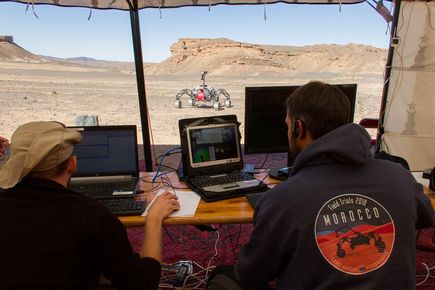 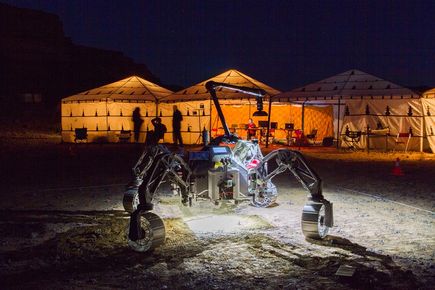 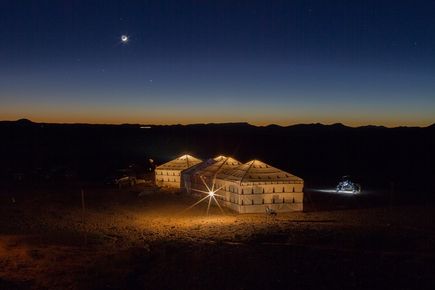