No raw materials due to the corona pandemic, the collapse of supply chains due to low water in rivers, or a production stoppage caused by a wearing part: in the networked and highly technological world of business, the proverbial flapping of a butterfly's wings can put companies in trouble. Risks and costs are immense. The German Research Center for Artificial Intelligence and Saarland University, together with partners from science and industry, want to make the future more predictable and ensure that companies have the right plan B in their pockets. The Federal Ministry for Economic Affairs and Energy and participating companies are supporting the lighthouse project with a total of more than ten million euros.

+++ Joint press release by DFKI and the Saarland University +++

Nowadays, automotive suppliers often do not have large warehouses, but rely - like many other industries - on "just in time" production: They order the necessary components and raw materials at short notice when they need them. But this also makes their business extremely risk-prone. If only one link in the supply chain fails - whether due to the corona pandemic, trade barriers resulting from political conflicts or other imponderables such as low river levels - production stumbles. "Such a standstill of the assembly lines can develop into a massive production collapse. It can take months before normal conditions are restored. Interruptions in production and the breakdown of supply chains have been the number one business risk for many years," says Wolfgang Maaß, Professor of Business Informatics at Saarland University and head of the Smart Service Engineering research department at DFKI.

Together with a consortium of partners from science and industry, Maaß wants to make the future more predictable for companies: As part of the "SPAICER" project (short for "Scalable Adaptive Production Systems through AI-based Resilience Optimization"), they are developing a new data system that uses artificial intelligence to enable companies to recognize potential production disruptions early on and react to them in the best possible way. The platform is intended to provide concrete suggestions on how entrepreneurs can take countermeasures in individual cases. "Our goal is to strengthen the so-called resilience of companies, i.e. their ability to permanently adapt to internal and external changes and disruptions and to stably survive difficult situations. INDUSTRIE 4.0, in particular, is making production increasingly complex. Resilience management is thus becoming an indispensable success factor for production companies," explains Wolfgang Maaß.

"This is an important topic, especially when you know what a high-risk potential for companies lies in the interruption or delay of supply chains. As the government of the Saarland, we therefore have high hopes for SPAICER's work as a beacon project for artificial intelligence," emphasized Minister President Tobias Hans at the start of the project.

The SPAICER system is not only intended to make the probable effects of imminent pandemics on production transparent, but also to provide recommendations for optimized production planning in the event of political conflicts. "To this end, trend analyses for raw material prices and analyses of political statements, for example, are continuously fed into the system in order to predict disruptions such as the failure of suppliers," explains Maaß. The researchers also feed their platform with, among other things, forecast water levels, temperature developments, holiday periods or trends in the logistics industry. Algorithms use all this data and information to calculate proposed solutions. "Possible courses of action for the automotive supplier from the example mentioned would be, for example, to expand the supplier network, optimize the order volume, distribute production to more locations, or adjust inventories. Depending on the situation, supply chains can be stabilized in good time, for example, by early, alternative logistics planning via roads, railways, and waterways or by requesting replacement suppliers," explains the business information specialist.

The system is also designed to arm companies against internal threats by using predictive maintenance. "For a medium-sized company, the unplanned replacement of a component due to wear and tear can result in costs of up to 500,000 euros per hour," says Maaß. In this case, the system will use artificial intelligence and a wide variety of machine learning methods to classify malfunctions and recommend suitable measures, among other things.

The Federal Ministry for Economic Affairs and Energy (BMWi), together with participating companies, is investing more than ten million euros in this research over the next three years. "The SPAICER project is an essential building block for solving the question of how our economy can emerge resiliently through the current and future crises," explains Dr. Alexander Tettenborn, Head of Division for the Development of Digital Technologies at the BMWi. The SPAICER consortium was able to successfully assert itself against strong, national competition as a lighthouse project in the AI innovation competition "Artificial Intelligence as a driver for economically relevant ecosystems.”

The project was officially launched in April 2020. In addition to the German Research Center for Artificial Intelligence (DFKI), which is acting as consortium leader, and the University of Saarland, SPAICER involves the Laboratory for Machine Tools and Production Engineering (WZL) of RWTH Aachen University, the University of Freiburg, the Technical University of Darmstadt, the Institute for Technology and Innovation Management at RWTH Aachen University, the Otto Beisheim School of Management (WHU), deZem, Feintool, SAP, SCHOTT, SCHAEFFLER, SEITEC, SENSEERING, and Waelzholz. Over 40 associated partners support the project consortium with important practical knowledge. 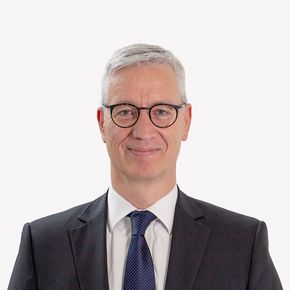