A smartphone-app is being used for the exchange of information between the City of London Police and the visitors at the Olympics 2012. Using integrated Crowd-Monitoring-Technology which was implemented by scientists at the German Research Center for Artificial Intelligence (DFKI) in Kaiserslautern (Germany), crowds can be tracked in real-time and given relevant security information. 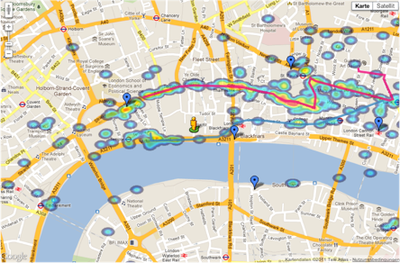 Large crowds of people can harbor risks. For one, the dynamics of large crowds of people can't be easily measured, and also security forces can rarely react directly in critical situations. The smartphone-apps of the City of London Police and the Westminster City Council send sensor data collected by mobile phones to a server during the Olympic Games when thousands of fans are streaming through the center of London. The data which is given voluntarily and anonymously is then analyzed and visualized on a map. By doing this it is possible to see in which direction and at what speed the crowds are moving and where conglomerations of people can reach critical dimensions. By using this kind of "Crowd Monitoring" the City of London Police can follow the streams of visitors during the Olympic Games 'live' in their borough, they can recognize potentially hazardous situations early on and inform the visitors directly. For example if the system shows congestion at an underground station, it will recommend people to go to the nearest alternative station via its built-in messaging function.

This technology was developed during a 4-year EU research project named SOCIONICAL in which various universities and research institutes are working on the interplay of technology and social interaction. Development work was done by Prof. Paul Lukowicz' team from the Embedded Intelligence department at the German Research Center for Artificial Intelligence (DFKI) in Kaiserslautern. The cooperation with the City of London Police was set up by the LSE (London School of Economics and Political Science) and the server infrastructure for the collection of data, as well as the processing and visualization methods, were provided by the Wearable Computing Lab of the ETH Zurich.

Particular attention is paid by the scientists from DFKI to data protection and the project is accompanied by advisory and assessment measures accordingly. On the one hand the significance of crowd monitoring via mobile phones depends on the number of people who are willing to transmit their position data voluntarily, while on the other hand, the collaborative activity recognition raises legal and ethical questions. Correspondingly the app-users remain anonymous and their sensor data is sent to the servers encrypted. Furthermore the transmission is limited to a particular area and is only activated in critical situations for a defined time period and only with the explicit consent of the user. Consequently, the users decide for themselves whether at all, when and which data they want to make available. The great benefits for personal safety should make a lot of people want to join in. Apart from the helpful safety advice, the apps provide lots of other information, for example about events during the Olympics. The City of London Police smartphone-app can be found under "City Police" in the Apple-App-Store as a free download, an Android version will be available shortly. It is not only geared to the Olympics but should also be used for future big events. In addition to the "City Police"-app, the City of Westminster also offers a free app named "What's on?".

The technologies used have already been successfully tested several times: In 2011 at the Maltese Freenight-Festival "Notte Bianca" as well as at the "Lord Mayor's Show" in London and in 2012 at the London musical festival "West End live" as well as at the "Vienna City Marathon".

About the Embedded Intelligence Research Department:

IGreat progress in microelectronics, wireless communication and sensor technology afford the application of intelligent IT-systems and their cross-linking in every work and life area today. Products with new, integrated applications and functions can assist human in it’s activities and operations. Furthermore, the automated information exchange between intelligent, cross-linked systems  allows the increase of productivity and  the saving of ressources in production an work processes. 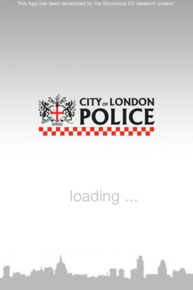 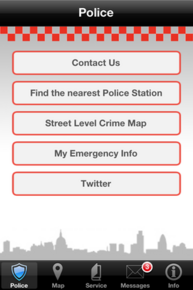 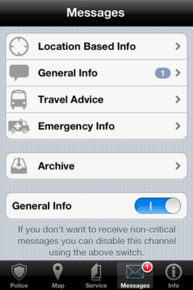 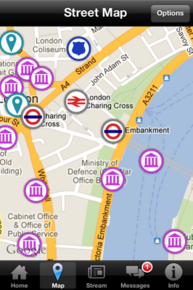 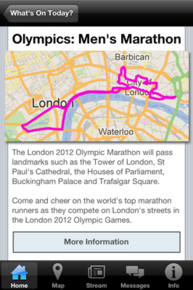 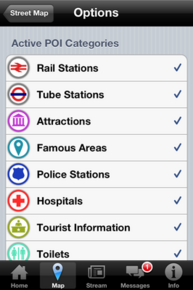 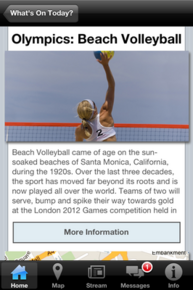 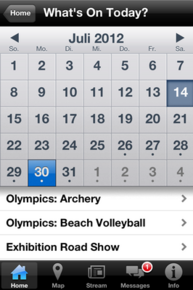 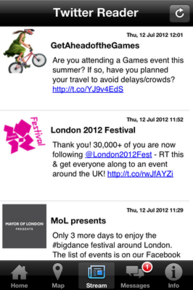 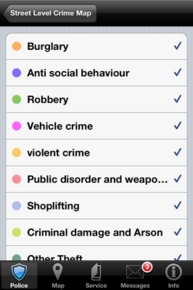