During rescue operations, for example after the collapse of a building, the rescue workers must transport the necessary materials over the debris field to the operation site by themselves. This is not only exhausting and costs valuable time in an emergency, but also poses an additional safety risk for the human forces. In the recently launched ROMATRIS project, the German Research Center for Artificial Intelligence (DFKI) and the Federal Agency for Technical Relief (THW) want to develop robots that can follow emergency forces through rough terrain while transporting payloads, such as heavy equipment. The THW-funded project represents a building block in the digitization of the German civil protection. 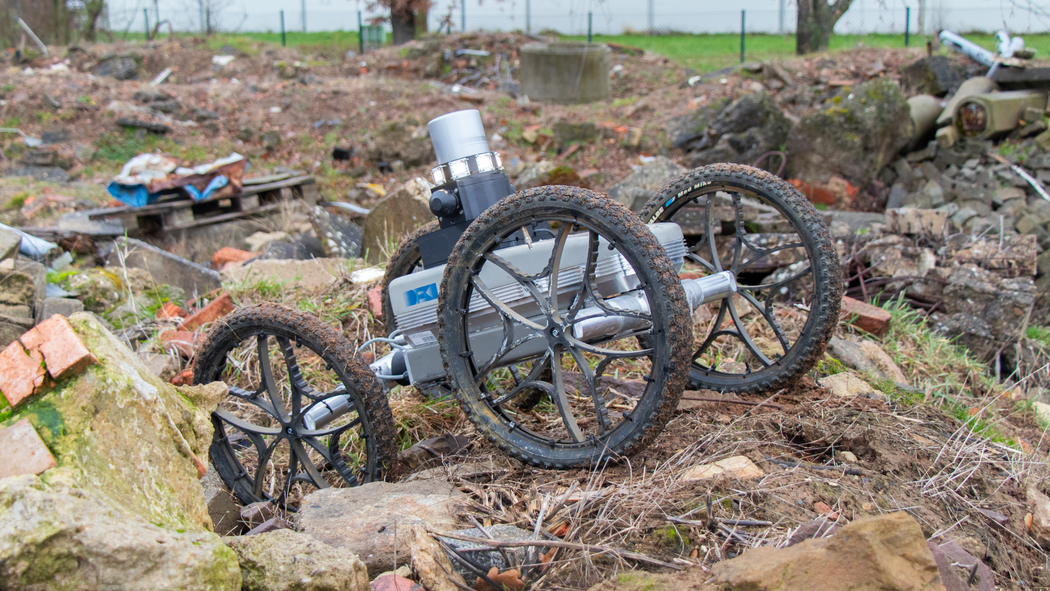 After a building collapse, for example due to a gas explosion, the rescue of human lives has top priority. Rescue workers still must laboriously transport the required equipment by hand to the often difficult-to-access sites. Debris in particular poses a high risk of falling and injury: holes and crevices, sharp edges as well as smooth surfaces and loose debris make it extremely difficult to cross. In addition, the required equipment and special tools are often so large and heavy that they must be held with both hands. This hinders the human carriers from catching themselves in the event of a fall, which can result in serious injuries. In addition, due to the additional stress caused by the material transport, more people than necessary must enter the danger zone.

But how can the dangers for rescue workers be reduced in the future? In the project ROMATRIS (Robotic Material Transport in Damage Situations) the Robotics Innovation Center of the DFKI and the Federal Agency for Technical Relief (THW) are working on a robotic solution). The goal of the project, which started on September 1, 2021, is to develop a first generation of partially automated, mobile assistance robots that can support emergency forces in material transport. The planned system should be able to follow a human through rough terrain, for example over gravel, obstacles, inclines, or entire cones of rubble, while transporting material weighing at least 50 kilograms. In addition, the robot should be able to respond to the gestures of the emergency workers and provide them with feedback, as well as independently travel back and forth between two points on a predefined path. Its development will focus on aspects such as robustness and ease of use. To this end, the Robotics Innovation Center is building on existing technologies and will contribute the experience it has gained through the development of innovative robots for the field of space robotics.

To achieve the project goal, the researchers first design, build and test an initial version of the robotic system in close cooperation with the THW task forces. The results of the tests and evaluations are finally incorporated into the final version of the robot, which fully meets the requirements of the project. In order to test the practical suitability of the developments in a realistic application scenario, several successive field tests are planned at the THW training site in Hoya, Lower Saxony, which will be carried out with the involvement of experienced emergency personnel. The success of the project will ultimately be measured by the systems' ability to maneuver over a debris cone at the test site.

A field test conducted in advance in Hoya in January 2020 with existing DFKI robots ensured that the planned innovations are strongly oriented toward the needs of end users. After completion of the project, the systems developed in the project are to be put into practical use soon and enable the THW to train its emergency forces in the use of robotics, to build up experience and to gain acceptance. In this way, the project is intended to further advance digitization and the use of key technologies such as robotics and artificial intelligence in German civil protection and thus strengthen disaster management.

The ROMATRIS project started on September 1, 2021 with a duration of four years. The Federal Agency for Technical Relief is funding the project with a total of 1,460,435 euros. 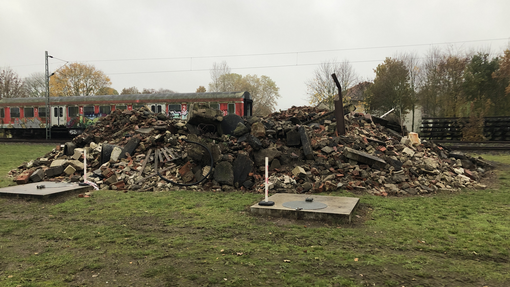 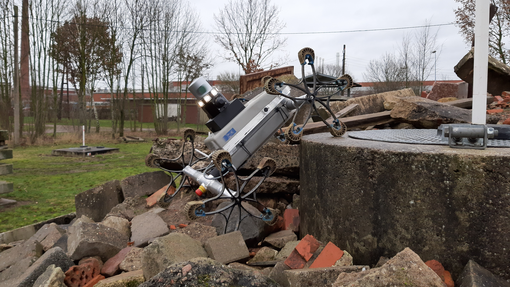