The ROSEN Group has acquired a company’s share of the German Research Center for Artificial Intelligence (DFKI). The acquisition documents and secures the dynamic continuation of the trusting collaboration between the two companies and is a further important step for the deepening of the cooperation in the area of artificial intelligence. 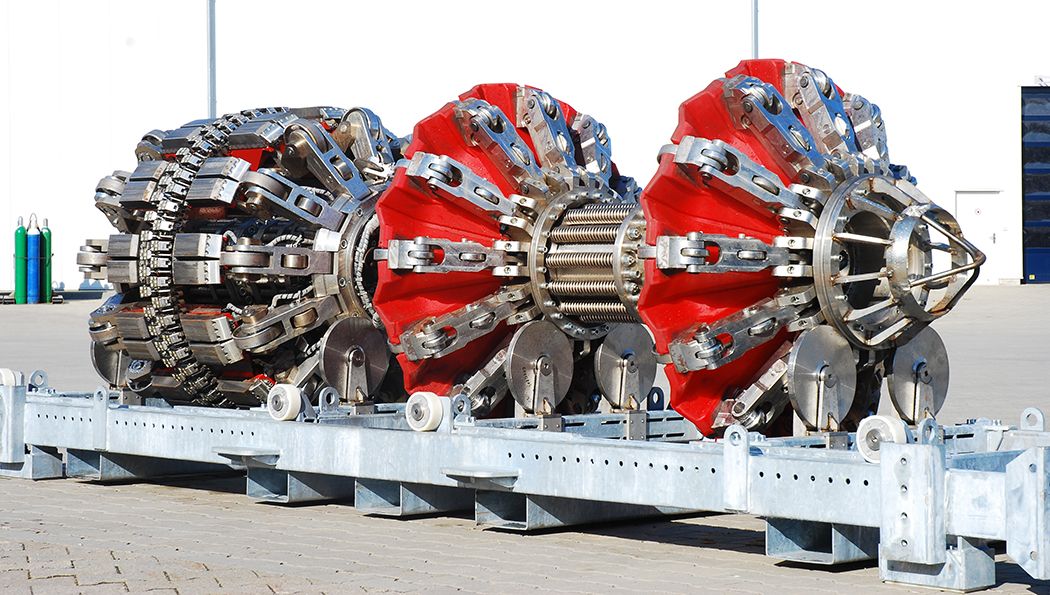 The DFKI has been working with the ROSEN Group for several years. One of the projects is the since 2018 ongoing project “MARE-IT – Information technology for maritime applications”. The ROSEN Group was founded in 1981 as Hermann Rosen Engineering GmbH by today’s President Hermann Rosen. It specializes in research, development, production and the application of inline inspection devices for pipelines as well as other complex industrial machines in challenging environments.

Patrik Rosen, representative of the owner family, explains: “We create large amounts of data with the inspection devices in order to be able to deduce reliable assertions for safety-critical integrity decisions via elaborate analytics and artificial intelligence. In this area, AI and robotics have been important technologies for us for many years and will also allow for further big innovation boosts in the future. A close cooperation between industry, research institutes and science is very helpful in this. Thus it is only logical that we now continue our more than seven year long successful cooperation with the DFKI as a shareholder.”

The ROSEN Group offers its inspection and integrity services as the worldwide leading company in this area mainly for the oil and gas industry for the protection of people and the environment.

Prof. Dr. Antonio Krüger, CEO and Technical and Scientific Managing Director of the DFKI, explains: “With the ROSEN Group as a new DFKI shareholder, enormous potentials for implementation of the methods of artificial intelligence which we develop in research and project cooperation open up. By its commitment, the ROSEN Group documents the long-lasting interest in applying machine learning and AI of the globally operating German middle class and emphasizes the very successful cooperation between industry and science. I am happy about this important addition to the circle of DFKI shareholders.”

In the project MARE-IT, the partners address the question of how the flow of information between robotic systems, control stations, teleoperation systems, digital avatars and operational information systems can be realized. As part of the consortium, which also includes the DFKI shareholder SAP, the ROSEN Technology Research Center develops sensors for predictive maintenance. The DFKI works on the development of new sensor systems for underwater application as well as intuitive user interfaces. The concrete aim of application is to enable the conduction of manipulation tasks on underwater structures not only by remote controlled and corded underwater robots but also autonomous and long-term autonomous systems.

ROSEN Group
ROSEN is a family company founded by Hermann Rosen in 1981. Over the past decades, ROSEN has grown organically and is nowadays a technology group operating in more than 120 countries with over 4,000 highly qualified permanent employees. As a leading provider, ROSEN offers innovative inspection and integrity solutions in challenging environmental conditions for different industries such as oil and gas, energy, processing, mining, manufacturing industry, telecommunication and transport. We ensure the security of different facilities. This includes pipelines, tanks and pressure vessels as well as wind turbines, trains, antenna masts and many more. The ROSEN Group is a global provider for innovative solutions in all areas of the integrity process chain and supplies a wide range of industrial branches – oil and gas, energy, process, mining, production, telecommunication and transport – for a wide spectrum of facilities such as pipelines, tanks and ships as well as wind turbines, trains, telecommunication masts and many more.

German Research Center for Artificial Intelligence (DFKI)
The German Research Center for Artificial Intelligence (DFKI) was founded in 1988 as a non-profit public-private partnership. It has research facilities in Kaiserslautern, Saarbrücken and Bremen, a project office in Berlin, a Laboratory in Niedersachsen, branch offices in St. Wendel and Trier and currently employs 1,100 people from more than 65 nations. In 2019, its financial volume was 57.5 million Euros. In the field of innovative commercial software technology using Artificial Intelligence, DFKI is the leading research center in Germany. In the international world of science, the DFKI is one of the most important “Centers of Excellence”. Apart from project funding by the European Union and the German Federal Government, inter alia, the DFKI is commissioned by its shareholders such as Airbus, BMW, Bosch, Google, Microsoft, Munich Re, SAP, Volkswagen and now also the ROSEN Group.

Photos and logos:
At https://cloud.dfki.de/owncloud/index.php/s/goQ98ddM3oGs2rC you can find a press photo as well as the logos of the ROSEN Group and the DFKI. You may use these as part of your reporting on the acquisition of shares of the DFKI by the ROSEN Group in consideration of the photo information.