When people face a problem, they can look at it calmly and logically, or they can decide spontaneously and emotionally. Modern computers are in a similar position: Thanks to their training with large amounts of data, Deep Learning methods can deliver fast, yet incomprehensible results. Scientists of the German Research Center for Artificial Intelligence (DFKI) now investigate how these methods can be proven by formal procedures and thus become more reliable – without losing their speed. The new method will be tested by a juggling industrial robot. The project “Fast&Slow” is funded by the German Ministry for Education and Research (BMBF) with roughly 1.2 Million Euros. 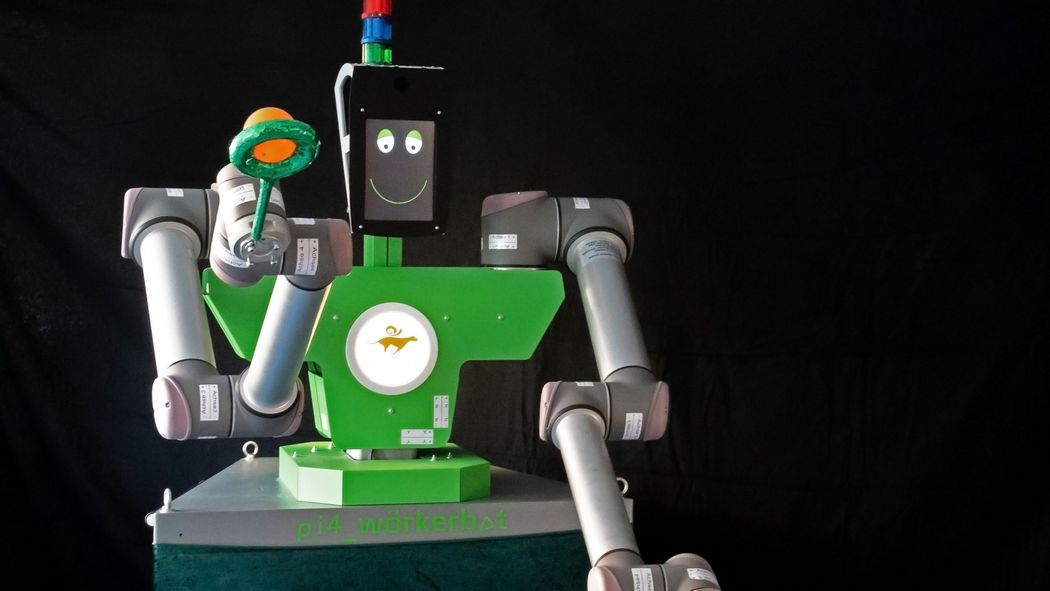 What is the better way to learn juggling: By watching and trying or by painstakingly planning each movement of the hand and each throw? According to psychologist Daniel Kahneman, this example represents two systems that guide the process of human thinking – the fast, emotional and unconscious decision-making or its slow, logical and calculating counterpart. Even though computers are still far from imitating the complexity of the human intellectual power, there are two similar procedures which Artificial Intelligence can use to make decisions. While Deep Learning methods deliver fast, but rationally incomprehensible results, a formal calculation can lead to a verifiable and mathematically correct output – which, however, takes more time.

In a new project titled “Fast&Slow” that started on 1 November 2019, scientists of the DFKI are now investigating how these two methods could be combined. The Cyber-Physical Systems research department led by Prof. Dr. Rolf Drechsler aims at developing an Artificial Intelligence that can make both fast and reliable decisions. Because Deep Learning methods within themselves only deliver sub-symbolically calculated results that are based on millions of parameters and enormous amounts of test examples. However, this procedure does not meet the requirements for reliability and trustworthiness in many areas – for example when it comes to autonomous driving. For this reason, it is necessary to validate the results and train the AI with the correct output.

Method aims at helping robots to juggle and navigate safely

In order to make this possible, these sub-symbolical methods are meant to be combined with symbolical procedures, allowing the advantages of both – the speed as well as the comprehensible correctness of the results – to be used. The first step towards this is defining problems that can be solved both formally as well as via Deep Learning algorithms. One example for this is the planning of actions. In the procedure, the AI is trained with the formally correct result, before attempting to solve the problem via the faster, sub-symbolical method. The new output can then be revised and, if necessary, corrected via the symbolical procedure.

The combination of the methods will be tested in two different experiments: In the first test procedure, so-called TurtleBots (small autonomous transport robots that are used for transport, inter alia) are meant to find a safe path through a Smart Home. In the second experiment, a Pi4-Workerbot – an industrial robot with two arms, is taught to juggle. The aim is to allow the robot to juggle not only by itself but also together with people by knowing all necessary motion sequences and making quick decisions about the next movement via Deep Learning procedures.

Foundations for an unbiased and reliable AI

First of all however, the project “Fast&Slow” deals with the very basic problems of the two different methods: How can the information of two different AI methods be combined? What problems can be solved and verified formally, and in which situations is this verification of particular importance? A common example for the weaknesses of Deep Learning are methods that create biases due to the data with which they have been trained. Especially in these kinds of situations, it is necessary to rely on formal results.

The scientists of the DFKI aim at developing the foundations for a safe and reliable implementation of Deep Learning methods in order to be able to use the potential of the decision-making processes even in more challenging areas. For this reason, the German Ministry for Education and Science (BMBF) funds the project “Fast&Slow” with roughly 1.2 Million Euros over a period of three years.