The society is faced with the challenge of changing energy supply and energy consumption to be less polluting. The urgency of this objective arises not only because of the climatic changes caused by the emission of CO², but also because of the severe air pollution caused by fine dust and nitrogen oxides in conurbations.

About 14,000 refuse collection vehicles are used daily in Germany, mostly in the densely populated areas, like the inner city areas and the associated residential areas. Each of these vehicles consumes an average of about 80 liters of diesel per day, of which about half is used for driving the vehicle, the other half for collecting and compressing the waste. This consumption is a total of approximately 280 million liters of diesel per year or CO2 emissions of approximately 736,000 Mg per year.

The "BEAR" project deals with the development and realization of a holistic concept for the use of pure electric refuse collection vehicles. The project partner FAUN is developing a purely electric driven refuse collection vehicle on the basis of an existing platform. In addition, the DFKI will develop a robot system with which the batteries installed in the vehicle can either be automatically connected with the charging system or replaced and charged externally. The project partner BEG will test the developed vehicle as well as the robotic load system in everyday operations.

The decision about the solution for the loading concept which will be realized is made according to an analysis of existing driving profiles from the real application of a refuse collection vehicle from BEG. Either a robot system will be developed and designed, which allows the batteries to be replaced without the intervention of the driver / operator. The battery exchange system to be developed (see Fig. 1) is then used to remove the battery from a maintenance opening which has already been opened by the vehicle and to replace it with a charged battery from the charging station. However, should the evaluation of the driving profiles identify the charging of the battery in the vehicle as a preferred method, a standard robotic arm will be adapted for handling the charging unit in order to realize an autonomous charging system (see Fig. 2). The autonomous charging of the collection vehicle requires a sensory detection of the situation, which is why the loading robot is equipped with corresponding sensors depending on the developed overall concept.

In addition, relevant load profiles from available mass data are elaborated within the framework of the project. These data are collected during the operation of existing conventional refuse collection vehicles. The aim is to determine whether and which typical stress profiles can be found in the data of the tours of the ASF (refuse collection vehicles). The typical profiles can then be used by the vehicle developer FAUN to develop battery concepts and to define the dimensioning of batteries as well as drive systems for the most common profiles. In order to achieve this goal, methods of machine learning (ML) are to be used. ML frameworks and open source software libraries are common methods that will be used within the project. 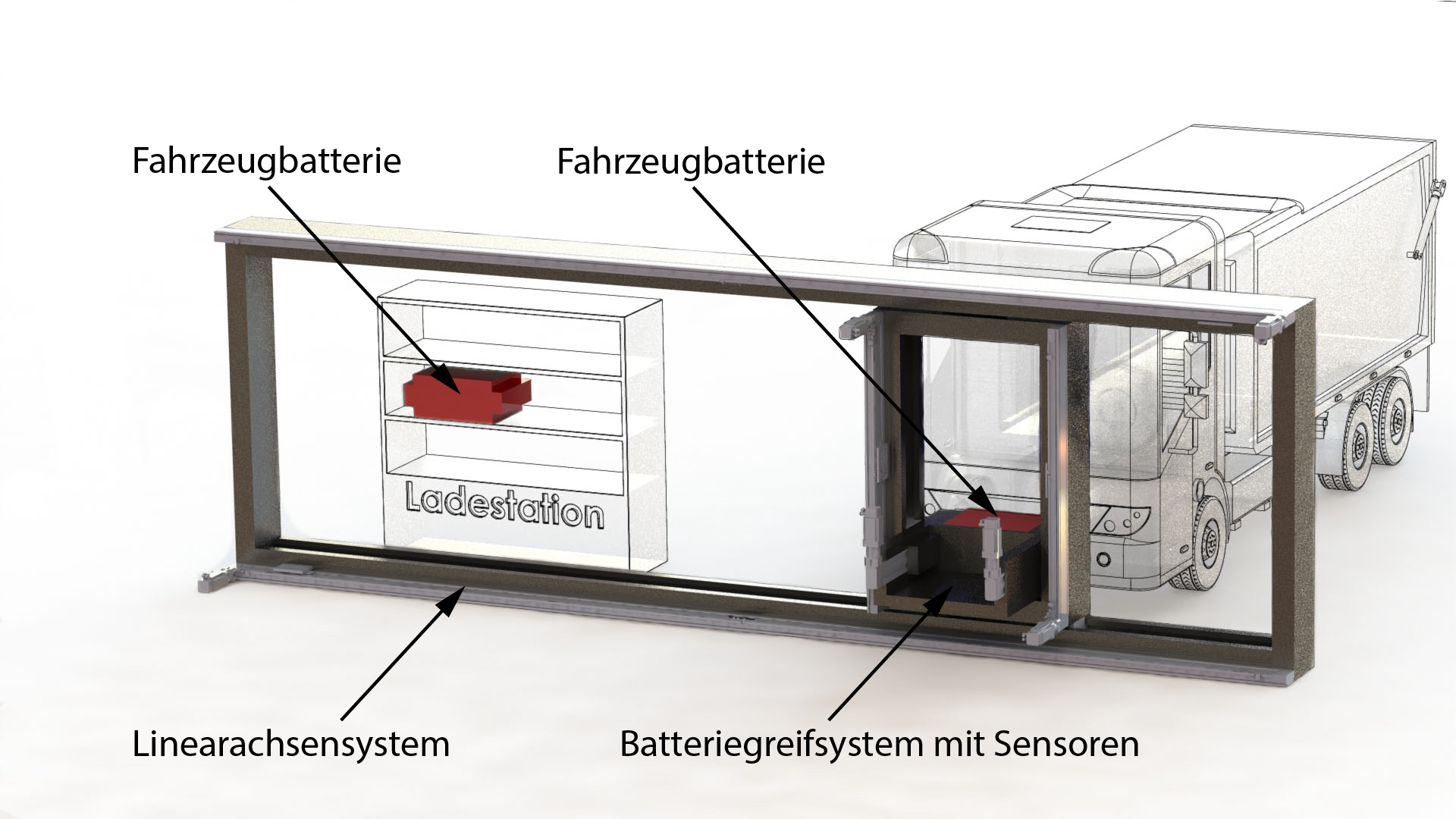 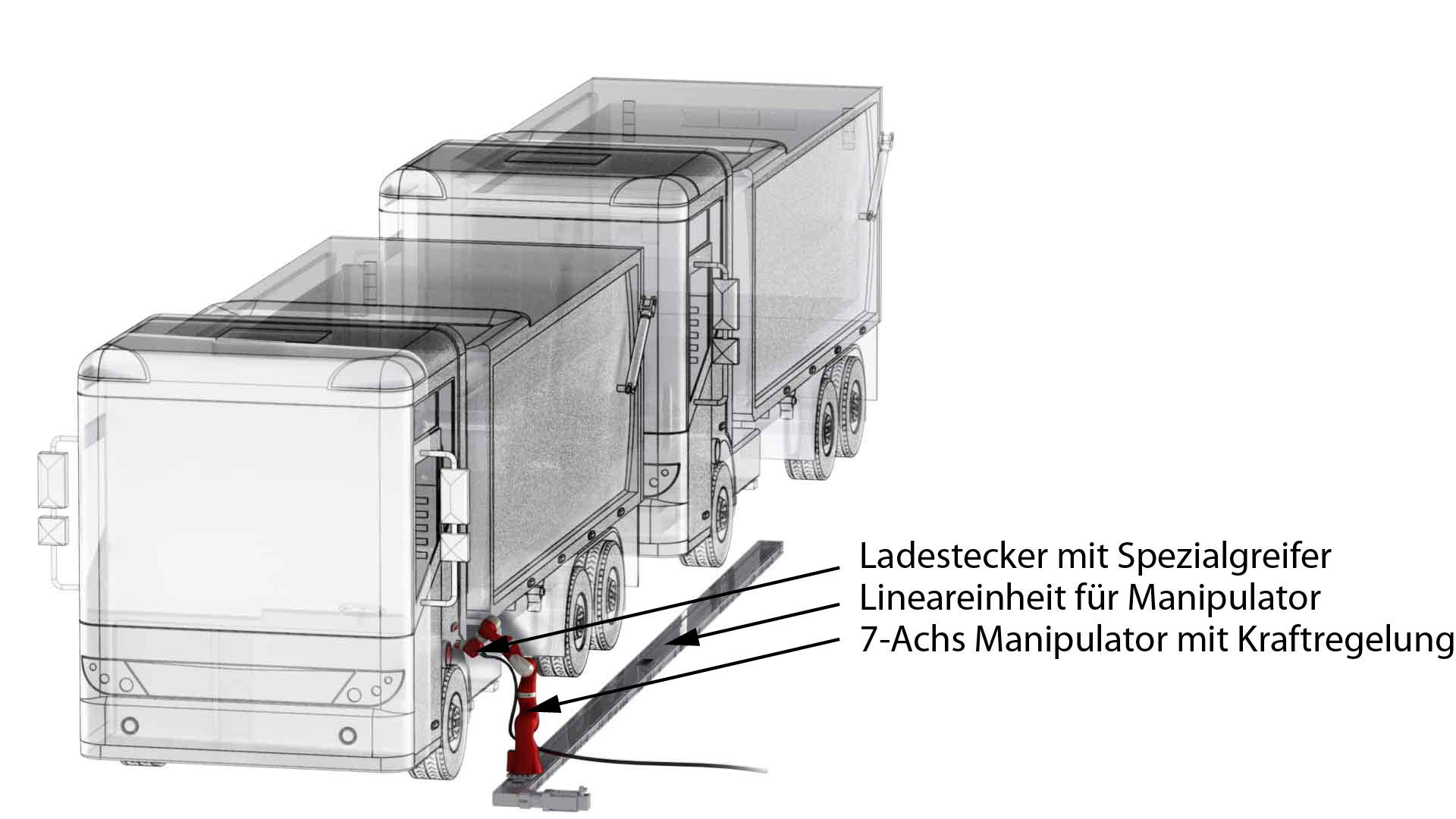