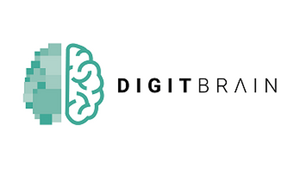 DIGITbrain Project is an EU innovation program to give SMEs easy access to digital twins.

A Digital Twin is the virtual representation of a product, system or process that simulates its physical attributes in the real-world in real time. By collecting data from its physical counterpart, manufacturers are enabled to streamline the manufacturing process and make predictions with regard to machine failures or maintenance needs.

Compared to the digital twin concept, which is increasingly used by manufacturing companies today, the DIGITbrain concept will go one step further by developing the Digital Product Brain which will store data throughout the entire life cycle of a production line or a machine. By collecting all this data, it will be possible to customise and set-up machines/production assets for very specific manufacturing tasks whenever needed. This will enable a new manufacturing model, called Manufacturing-as-a-Service (MaaS), which will allow for on-demand production of much more specialised products, even in smaller quantities and still in an economically profitable way.

The ambition of the DIGITbrain project is centred around two areas that will enable innovative use cases. On the one hand, the project realises an ambitious technological vision by developing the Digital Brain concept and its enabling technologies. On the other hand, it assures that these technological advances are taken up by a critical mass in the manufacturing sector, especially by SMEs and mid-caps, resulting in the smart business model Manufacturing as a Service, facilitated by a network of interconnected Digital Innovation Hubs (DIHs). Finally, the technology and business centred ambitions are enabling innovative use cases to be co-created and implemented in over 20 application experiments (to be added in two Open Calls).

The DIGITbrain Project has started on 1st July 2020 and is composed by a consortium of 36 partners. During its lifetime it will attract further 35-40 collaborators in two Open Calls for experiments, mainly technology and manufacturing SMEs. The EU project will be funded for three and a half years within the Horizon 2020 Research and Innovation Programme (under grant agreement number 952071) by the European Commission with a budget of 8.34 million euros.

In its role, DFKI develops the concepts and tools for creating and applying ML algorithms in the DIGITbrain platform (Algorithm as a Service (AaaS)).