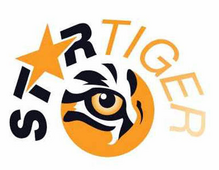 The StarTiger: Terrestrial Dropship Demonstrator project is a project in the frame of ESA's StarTiger initiative. The purpose of the project is to provide a quantum-leap in robotic space exploration by applying an innovative, lean and pragmatic management approach which results in a significant reduction of R&D turnaround time while providing a significant advancement in technology.

The project lead is at EADS Astrium Bremen (now: Airbus DS). The DFKI takes part in the project as a subcontractor. Apart from the DFKI, EADS Astrium France, spin.works from Portugal and the TU Poznan, Poland are subcontractors. During the project, all engaged researchers are collocated at the Astrium site in Bremen.

The project aims at a terrestrial demonstration of a planetary landing with a system similar to the Skypcrane already successfully employed by NASA to safely land a rover on the surface of Mars. For the Dropship project, a multi-copter platform (the so called Dropter) is developed by TU Poznan. It is equipped with a flight control that takes care of autonomous attitude control and the mission sequence execution. A visual and inertial navigation, including HAD (hazard detection and avoidance) is developed by the project partner spin.works.

The DFKI is responsible for the mechatronic subsystem development of the lowering mechanism (winch, bridle) the rover mock-up and the rover release mechanism.