Verisoft is a long-term research project funded by the Federal Ministry of Education and Research (bmb+f). Project administrating organization is the german centre for Air- and Space Technology (DLR). The main goal of the project is the pervasive formal verification of computer systems. The correct functionality of systems, as they are applied, for example, in automotive engineering, in security technology and in the sector of medical technology, are to be mathematically proved.

The proofs are computer aided in order to prevent human error conducted by the scientists involved. The knowledge and progress obtained are expected to assist german enterprise in achieving a stable, internationally competitive position in the professional spheres mentioned above.

Verisoft?s project is focused on: - The creation of methods and tools which would allow the pervasive formal verification of the design of intergrated computer systems.

Verisoft is planned over eight years, the first four of which are theoretically formulated and concretised. The first four years are presently approved by bmb+f (period of validity: 01.07.2003 - 30.06.2007). 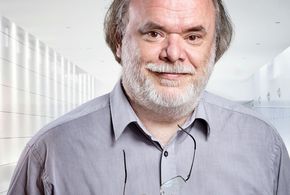 To the publication
Elena Petrova,