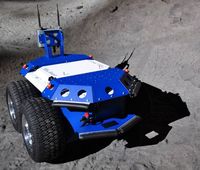 VirGo4 focuses on cooperative, adaptive, and reliable robots. Besides looking at the behaviour control of individual robots, mostly the anticipatory behaviour in teams is important in VirGo4. Two main goals are pursued: 1. A platform-independent development methodology 2. A specific concept of a behaviour control system

The realisation of modular distributed software-architectures that control individual robots and heterogeneous teams is facilitated heavily by a platform-independent development methodology.

The concept of the behaviour control system builds on a model of the decision processes in brains. VirGo4 focuses a prediction system that allows to assess the quality of actions taken. This way, the impact of an action taken could be estimated. Based on that, the behaviour of an individual or a team could then be adapted accordingly. The system state may be adapted according to the error between the predicted and the measured environmental properties.

Supported by the Federal Ministry of Economics and Technology on the basis of a decision by the German Bundestag, grant no. 50RA1113 and 50RA1114. 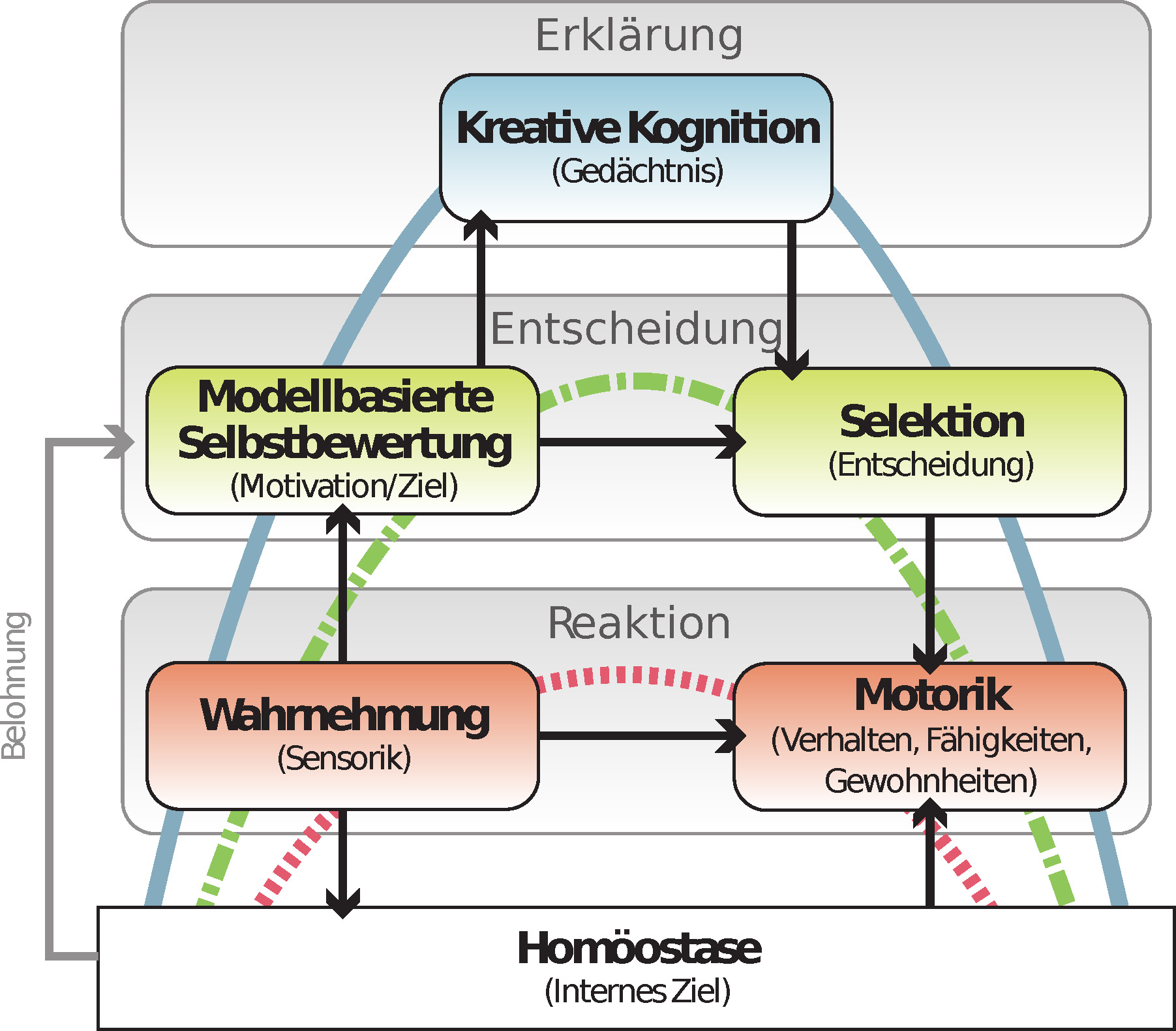 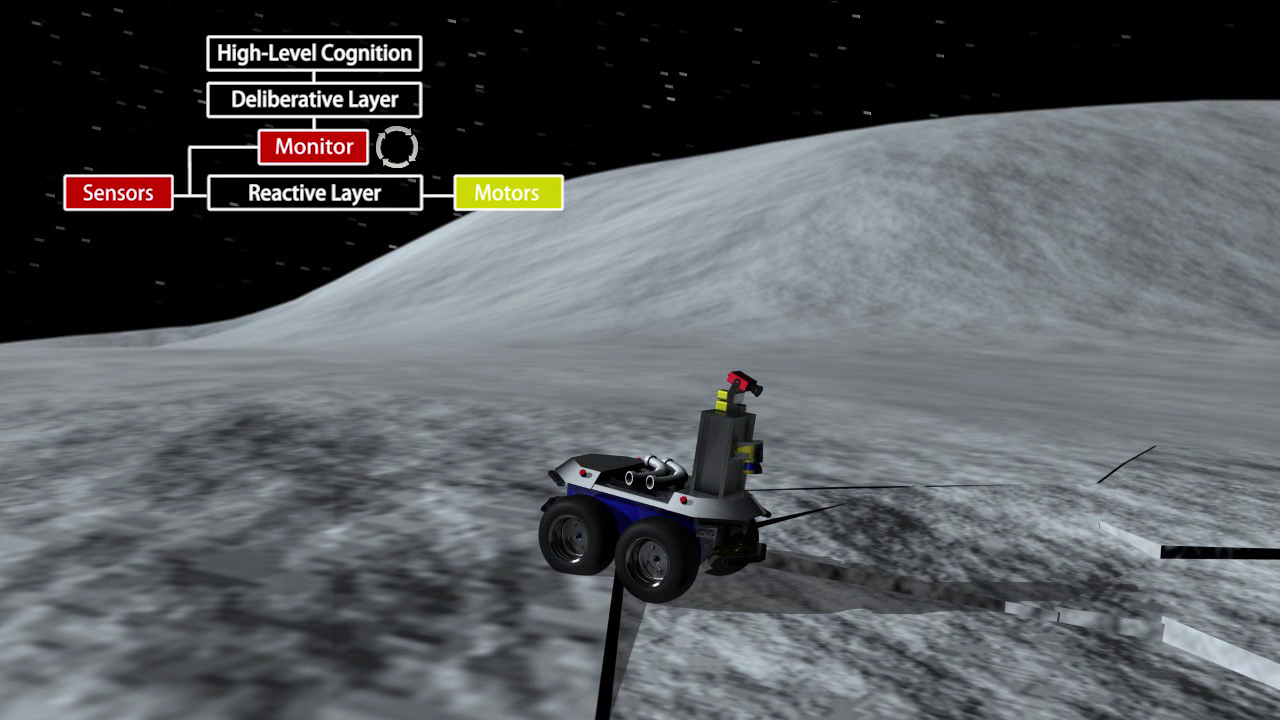 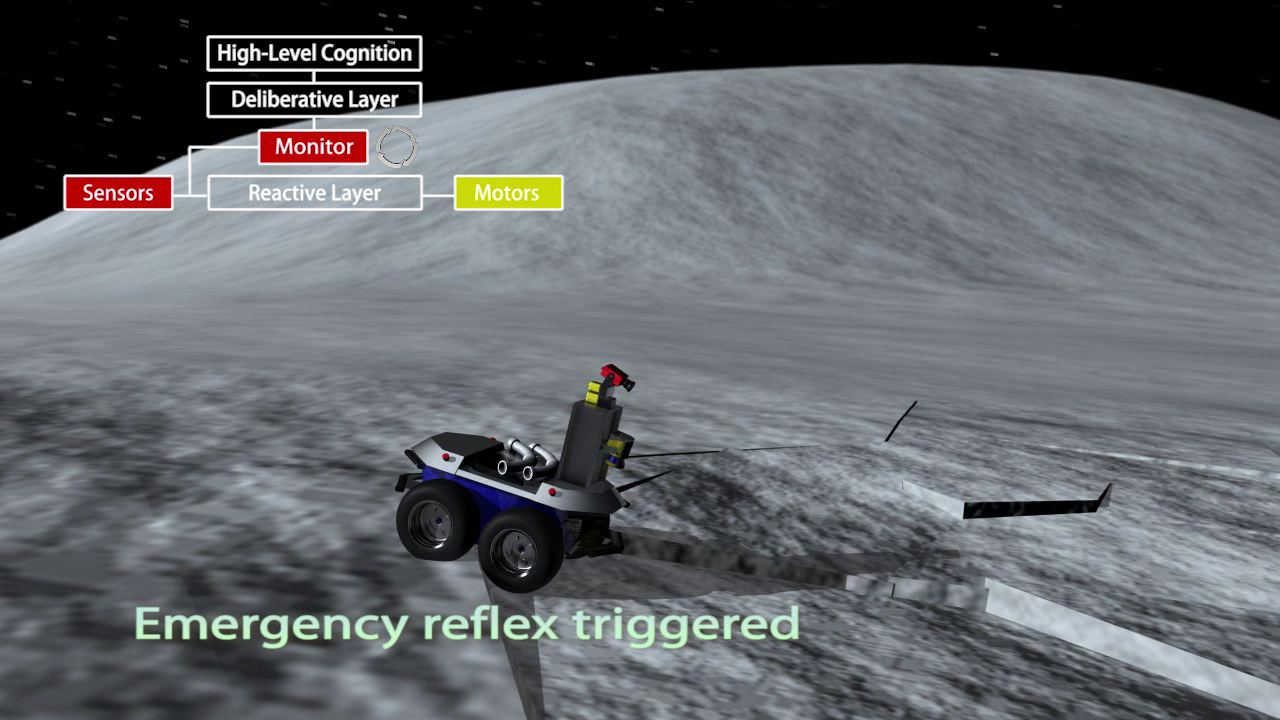