The Innovative Factory Systems (IFS) research department at DFKI studies topics related to the future of manufacturing within a framework of ongoing and planned research projects. The scientific projects and their technical implementation forge a close cooperation between the Department of Machine Tools and Controls (WSKL) at TU Kaiserslautern and the Technology Initiative SmartFactory KL (SmartFactory-KL).

Prof. Martin Ruskowski and PD Dr. Achim Wagner cooperate in bracketing the content of the research projects so as to ensure the development of results-oriented, realistic, skill-based approaches suitable for use in shared production in the Production Level 4 ecosystem located in Kaiserslautern.

Production Level 4 was developed as the update to Industrie 4.0 in 2019 and stands for human-centric subsidiary production. Currently, this work involves five areas of research:

WSKL and SmartFactory-KL have jointly set up the Production Level 4 eco-system, which consists of four demonstrator systems at four different locations. A model truck is produced at the four distributed production cells in this realistic production environment, which facilitates development and testing of manufacturer-independent technologies for future use on factory floors. The research effort integrates many industrial companies that assist in formulating industry requirements and participate in the practical implementation. The goal is to ensure that the scientific effort is directed towards and applicable in industrial reality. Several scientific research projects, for example, smartMA-X, DIMOFAC, ReCircE, 5G IDEAS, MAS4AI, KI4ETA, InCoRAP, and DIGITBRAIN. are involved.

The transfer of Industrie 4.0 concepts to SMEs in the region has become increasingly important since 2016. The Mittelstand 4.0 Competence Center (SME4.0) Kaiserslautern was redesignated in 2021 as the Mittelstand-Digital Zentrum (MDZ) and is one of several regional centers launched by the Federal Ministry of Economics and Climate Protection (BMWK). The goal of this nationwide funding initiative is to make small and medium-sized enterprises aware of the importance of Industrie 4.0, to inform them about its great potential, and to actively support them with project implementation. The initial project term runs until July 2024 and is implemented by SmartFactory-KL (consortium leader), DFKI, TU Kaiserslautern, and the Institute for Technology and Labor (ITA). 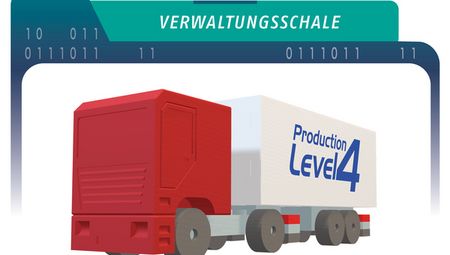