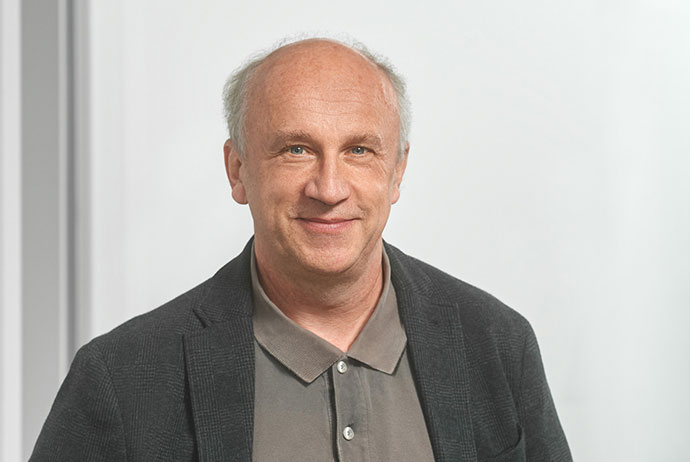 Prof. Dr. Paul Lukowicz (born in 1967) has been Scientific Director and Head of the Research Unit “Embedded Intelligence” at the German Research Center for Artificial Intelligence (DFKI) in Kaiserslautern since 2011.

Paul Lukowicz studied computer science (Dipl. Inform.) and physics (Dipl. Phys.) at the University of Karlsruhe, where he received his PhD in 1999 on opto-electronic computer architectures. During his subsequent work at ETH Zurich, he established the Wearable Computer Group at the Institute of Electronics between 1999 and 2004. In October 2003 he was appointed Professor of Computer Science at the Private University for Health Sciences, Medical Informatics and Technology in Hall in Tyrol (UMIT). Three years later he accepted an appointment at the University of Passau, where he headed the Chair of Applied Computer Science with a focus on Embedded Systems and Pervasive Computing. In 2011 Paul Lukowicz accepted the call to the TU Kaiserslautern and since then he has been head of the newly founded research area “Embedded Intelligence” at DFKI. Since 2014 he also manages the DFKI SmartCity Living Lab.

As wearable sensors have become more and more ubiquitous one would expect human activity recognition (HAR) systems to increasingly move out of the lab into long term, real life scenarios. While the…

Although interest in and commitment to one's own health is increasing among the population as a whole, it is often difficult for individuals to implement appropriate measures in their everyday lives.…