DFKI professors Andreas Dengel and Oliver Zielinski have been accepted as members of acatech - the German Academy of Science and Engineering (acatech). The appointment was made at the most recent General Assembly on the recommendation of the Executive Board. Andreas Dengel, Executive Director of the German Research Center for Artificial Intelligence (DFKI) in Kaiserslautern and head of the Research Department Smart Data and Knowledge Services, brings expertise in the application of AI technologies in medicine and biotechnology as well as in addressing the challenges of climate change to the body. Oliver Zielinski, Head of the Research Department Marine Perception at the DFKI Laboratory Lower Saxony and Head of the Competence Centre Artificial Intelligence (AI) for Environment and Sustainability - DFKI4planet - will contribute to the Academy primarily on the topic of AI and sustainability in dealing with water as a resource. 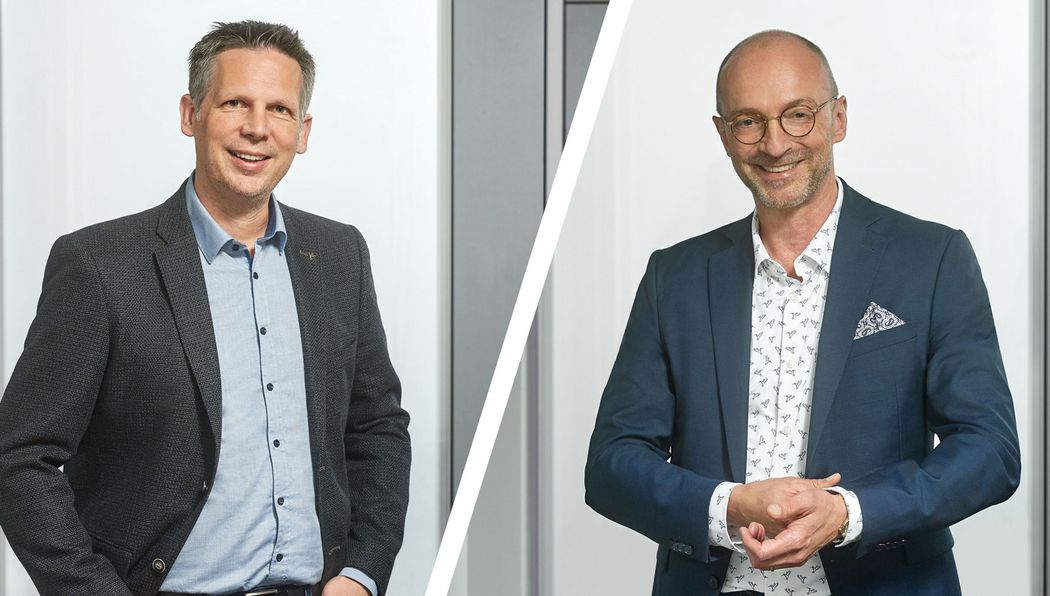 "Policy and societal advice - independent, fact-based and oriented towards the common good." This is what the German Academy of Science and Engineering stands for. Under the patronage of the Federal President and with locations in Munich, Berlin and Brussels, acatech advises politics and society on "questions of the future relating to technology science and technology policy". Around 600 outstanding scientists support the work of the "national academy and voice of the technical sciences at home and abroad", which is funded by the Federal Government and the Länder. At its most recent annual general meeting, the Academy appointed a total of 22 new members to its ranks, including Prof. Dr. Prof. h.c. Andreas Dengel and Professor Dr. Oliver Zielinski.

"On behalf of all my colleagues at DFKI, I congratulate Andreas Dengel and Oliver Zielinski on their admission to acatech. The academy and the DFKI share the values of developing and using technologies in a way that is oriented towards the common good and of conducting the relevant technology debates in a science-based, critical and future-oriented manner. I am delighted that, as renowned experts in their fields with the DFKI philosophy of human-centred, trustworthy AI, they will be participating in the important exchange between science, business and politics," says Prof. Dr. Antonio Krüger, CEO of DFKI and himself a member of the acatech Senate since 2020.

Andreas Dengel: "Having already been able to contribute actively as an expert in various acatech forums in recent years, I am honoured to become a member of such a prestigious academy. The network of globally respected colleagues is an important collective for interdisciplinary work on scientific and societal issues of the future. This results in formative impulses and synergy effects for key technologies, such as artificial intelligence, but also the dialogue of values in terms of people and the common good that is so important in this context."

Oliver Zielinski is also very pleased about the appointment, "because it values our commitment in the field of intelligent technologies for the environment and sustainability, especially in order to be able to preserve the vital resource of water. I particularly appreciate the exchange with the experts and joint initiatives, the work results of which acatech reflects back to politics, industry, science and the interested public."

Andreas Dengel is Executive Director of the DFKI in Kaiserslautern, Head of the Smarte Daten und Wissensdienste and founder of the DFKI Deep Learning Competence Centers. He is a professor of computer science at the Technical University of Kaiserslautern and an expert in machine learning, pattern recognition, quantified learning, data mining, semantic technologies and document analysis. His research focuses on AI as a tool and solution platform that can process large multimedia data sources, prepare, filter, aggregate and visualise them according to need. Such systems act as co-creative virtual companions that support humans in discovering connections, remembering, making decisions, predicting or recognising complex patterns in heterogeneous data.

Oliver Zielinski has been Head of the Research Department Marine Perception at the DFKI Laboratory Lower Saxony since 2019 and of the Competence Centre Artificial Intelligence (AI) for Environment and Sustainability, or "DFKI4planet" for short, since 2020. Zielinski's research area includes the environmental physics of aquatic ecosystems. Zielinski has held a professorship for marine sensor systems at the University of Oldenburg since 2011, where he founded the Centre for Marine Sensor Systems (ZfMarS) at the Institute for Chemistry and Biology of the Marine Environment (ICBM). His particular focus is on combining environmental research with smart technologies, especially in the field of autonomous sensor systems and marine observatories.

In addition to the newly elected experts Andreas Dengel and Oliver Zielinski, Philipp Slusallek, Managing Director of the DFKI in Saarbrücken, and the former CEO and current Chief Executive Advisor Wolfgang Wahlster are also represented on acatech's panel of members. In addition, several DFKI scientists are involved in the Academy's various working groups.