For the eighth time, B-Human, the team from the University of Bremen and the German Research Center for Artificial Intelligence (DFKI), succeeded in winning the world championship in robot soccer. Titled "RoboCup 2021 Worldwide," the traditional competition was held in an unusual form due to the pandemic: from June 22 to 28, 2021, the teams came together exclusively virtually to compete against each other and face various challenges. In the process, B-Human was able to win three of the four new competitions in the Standard Platform League and thus successfully defend its title from 2019. 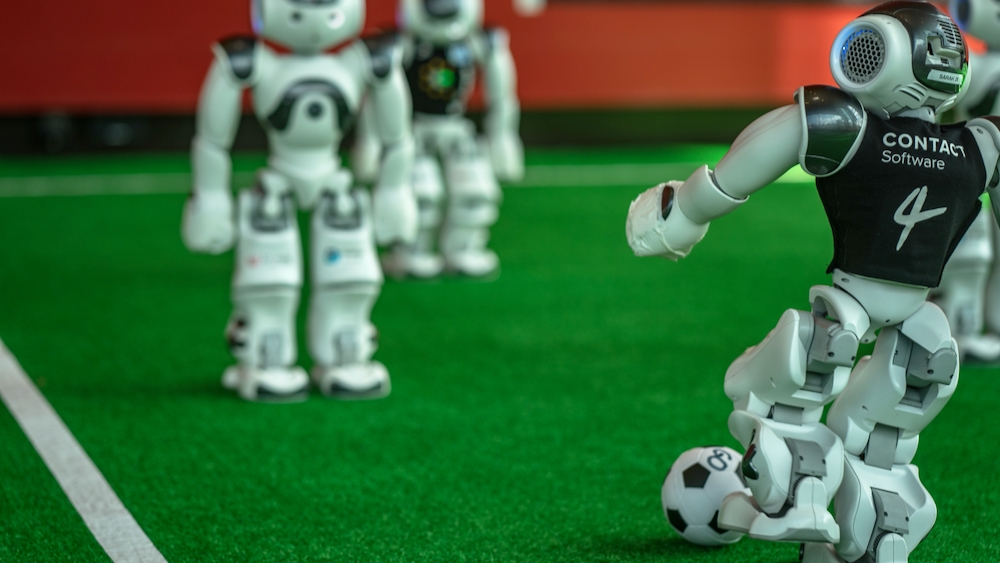 © Universität Bremen, Jannes Knychalla
B-Human's NAOs pass the ball to each other at RoboCup 2021 Worldwide

For the first time ever, the deciding factor at the RoboCup championship was not the number of goals scored. Instead of a traditional football tournament, the international teams faced new formats, which were not able to entirely emulate “real” competitions but did present new technical and scientific challenges in some cases. B-Human has played in the Standard Platform League (SPL) for many years now. In this league, the regular competition at the RoboCup 2021, in which teams usually made up of 5 NAO robots compete against each other, was replaced by four individual competitions.

Other Challenges Posed by Virtual Competition

The first two competitions - the “Passing Challenge” and “Obstacle Avoidance Challenge” - targeted the football skills of the robots and were carried out with team NAOs on home pitches. In the Passing Challenge, two robots had the task of passing a ball between them as often as possible within five minutes whilst avoiding obstacles. With 27 passes between the Bremen NAOs, B-Human was the clear front-runner. The aim of the Obstacle Avoidance Challenge was to dribble the ball past obstacles into the goal as quickly as possible. B-Human also fulfilled its role as favorite to win and won the competition as the quickest team.

The far more interesting and challenging competitions from a scientific perspective were still to come: the “Autonomous Calibration Challenge” and the “1 vs. 1 Challenge.” For these challenges, software was transferred into the labs of other teams via the internet so that it could be run on other NAOs and be put to the test on other pitches. In the “Autonomous Calibration Challenge,” the aim was to find the position of two balls on the pitch as quickly as possible and run to three predetermined positions as precisely as possible. In an initial “calibration phase,” the software made automatic amendments to the previously unknown robots. Bremen’s software carried out this complex challenge in three different labs - in Dortmund, Amsterdam, and Hamburg - and was able to get the best point score each time. The other teams were in some cases a little quicker but B-Human was successful in nearly all cases at determining the most precise position.

The “1 vs. 1 Challenge” was the only one that actually included playing against one another. As this also meant playing on unknown pitches and with unknown robots, the results and skills gathered in the “Autonomous Calibration Challenge” were of great value. In general, B-Human did well in the tournament and was able to get into the final. The NAO team HTWK from Leipzig University of Applied Sciences waited for the Bremen team in the final, where the latter experienced a 12:13 defeat after a very close and exciting game. Both teams were similarly quick and determined, however, B-Human missed their opponent’s goal several times which resulted in them being unable to make a comeback and score more goals.

However, the successful team was still able to win its eighth RoboCup title thanks to the great scores in all four competitions. During the virtual tournament, the Bremen team was able to gain new and valuable experience, which will surely be very useful during future competitions. At the subsequent scientific conference, the RoboCup Symposium, B-Human presented three scientific papers on current topics, such as deep learning and humanoid running. All three papers were written with significant contributions from University of Bremen students.

At the moment, B-Human is made up of 11 students from the University of Bremen as well as the supervising researchers - Dr. Thomas Röfer and Arne Hasselbring from the DFKI research area Cyber-Physical Systems, which is led by Professor Rolf Drechsler, and Dr. Tim Laue from the University of Bremen. The company CONTACT Software, the leading provider of product process solutions and digital transformation solutions, has been the B-Human sponsor since 2017. 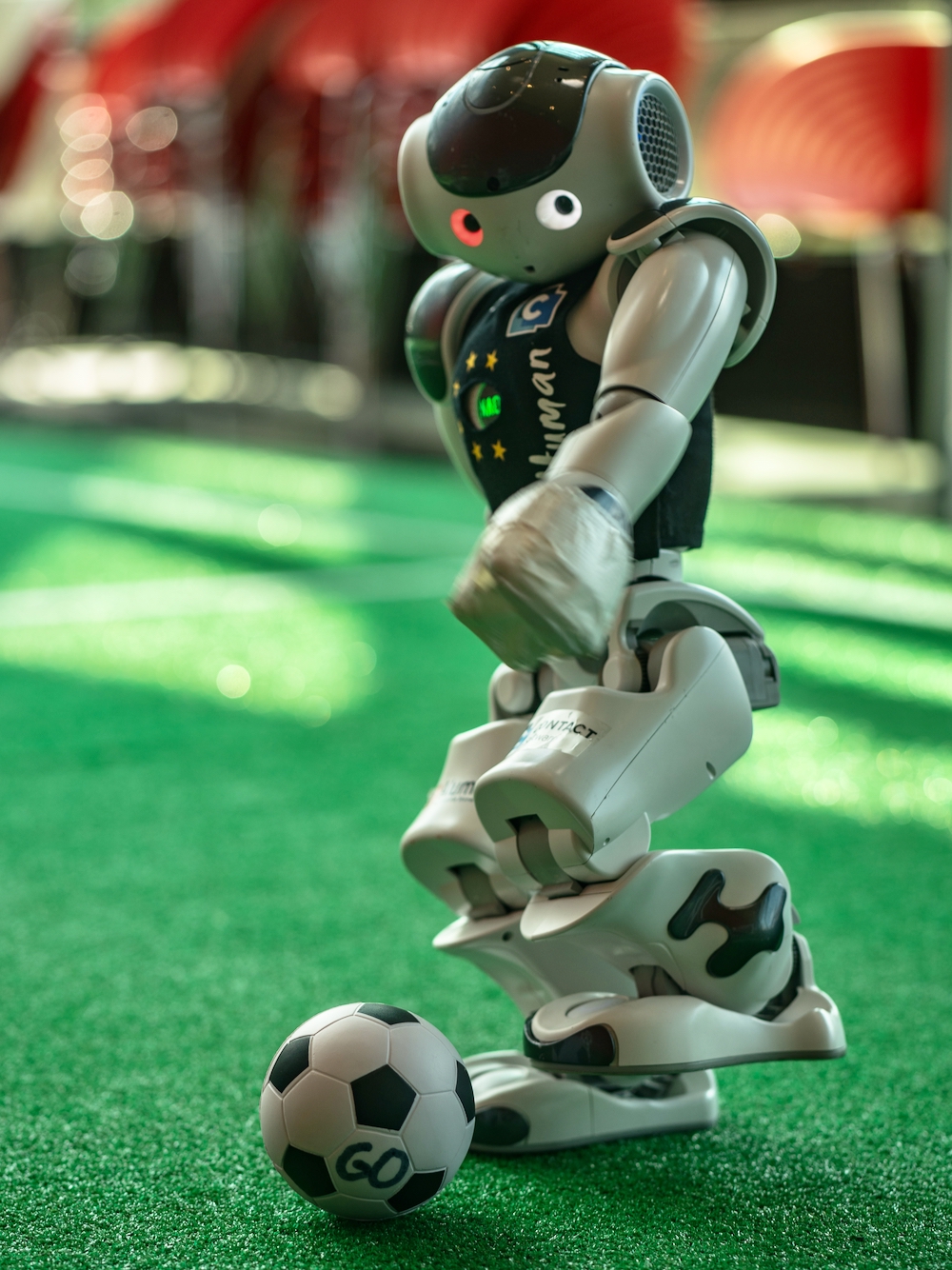 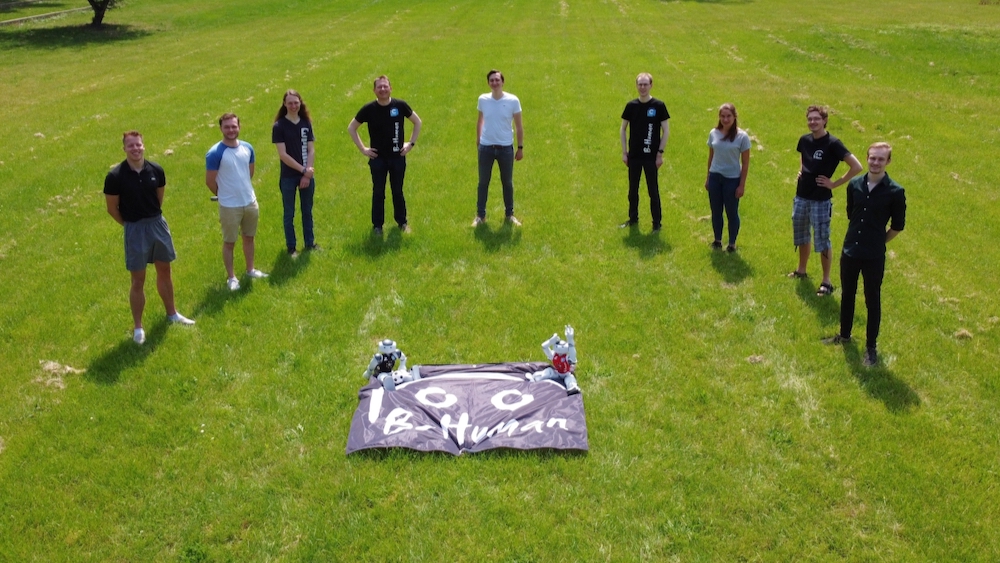