This Friday, 100 top European researchers and stakeholders in artificial intelligence (AI) will gather in Brussels. Building on existing strength, their goal is to position Europe for leadership in human-centred AI: socially compatible technology that is strongly based on human values and judgement.

To this end, the European AI community recently launched an initiative for establishing a “Confederation of Laboratories for Artificial Intelligence Research in Europe”, also called “CLAIRE”. Since its launch in June, CLAIRE has been endorsed by over 2000 stakeholders from academia, industry and public administration from all across Europe, including more than 1100 experts on artificial intelligence, as well as seventeen of Europe’s national AI societies and research institutes.
The CLAIRE initiative aims to establish a European network of centres of excellence in artificial intelligence, strategically located throughout Europe, and a new, central facility with state-of-the-art, “Google-scale" infrastructure that will promote new and existing talent, and provide a focal point for exchange and interaction of researchers at all stages of their careers, across all areas of artificial intelligence. The goal is to achieve impact and brand-recognition in the area of artificial intelligence similar to that of CERN, Europe's world-leading laboratory for particle physics.

The CLAIRE Symposium
The day-long symposium will be held at Norway House, Rue Archimède, Brussels, on 7 September. It brings together 100 participants from academia, industry and public administration, including 35 world-leading AI researchers. It will be opened by Oda Helen Sletnes, the Norwegian Ambassador to the European Union; Juha Heikkilä, who is leading the European Commission’s work on artificial intelligence; and François Sillion, France’s new national coordinator on AI. The goal of the symposium is to elaborate a common European strategy for excellence in artificial intelligence, and to provide guidance to European and national decision makers on the major investments in AI needed to ensure a leadership role for Europe in AI research and innovation.
Read more about CLAIRE at claire-ai.org and the CLAIRE symposium at claire-ai.org/symposium.

Press
Members of the press are welcome to the event, particularly for the opening session (10:00 -11:30 a.m.). There will be opportunities to interview the members and initiators of CLAIRE. We will disseminate the results of the symposium through a press release after the event. Quotes related to the importance of European excellence in artificial intelligence and the CLAIRE initiative can be found at https://claire-ai.org/quotes/ and used freely. Additional information specifically designed for use in media coverage is also available at https://claire-ai.org/faq/.

Background
Artificial Intelligence Technology will to a large extent influence the future well-being of Europe. Our ability to develop the science, innovations, products and services of the future, will not only decide whether we will be able to continue to maintain a comparatively high level of wealth, welfare, public services and security, but also whether Europe will be able to create a future based on European experiences and values. In addition, a strong technological position is necessary to meet the many challenges we are facing in the future.
Knowledge is power, or, to be even more clear: Science is power. This understanding becomes even clearer when we talk about artificial intelligence. Artificial intelligence is a global “game changer”. It is not only a major driver of innovation, growth and competitiveness: It will fundamentally change the way we live and work.
It is sometimes said that the best way to meet the future is to create it. Europe, with its existing strengths across all areas of AI and its strong universities, research institutions and companies, is in an excellent position to do that. As of today, however, Europe risks falling behind in AI research, as indicated by the statistics from the AI conference in Stockholm. The truth is harsh, but undeniable: If Europe does not shape its own future, somebody else will do it for us.
China, Japan and the USA are all investing substantially in artificial intelligence research. The stated goal of China is to establish world dominance in all areas of artificial intelligence. Last year alone the US invested somewhere between EUR 12 and 19 billion in commercial artificial intelligence. Both China and the US are establishing impressive research centers and institutes.
CLAIRE represents a concrete proposal for how to counter these developments in Europe. Given the existing excellence across all areas of AI in Europe with some of the world’s best AI researchers and a strong industry in many sectors that can benefit from AI, Europe is actually in a very good position to be a major player in AI. 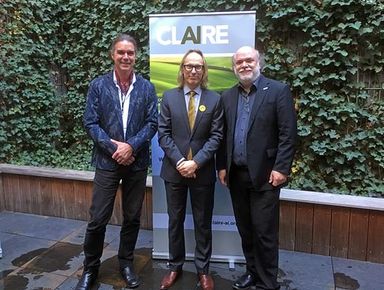