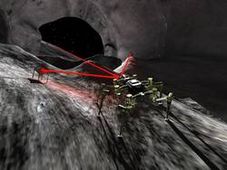 The project Entern is concerned with robotic system for the use in lunar and planetary exploration missions. Specifically it covers technologies for the robust autonomous exploration of craters and caves in a context of space missions. These types of environments are of special interest to the scientific community and provide potential places for future infrastructures and habitats due to their protected locations.

The navigation in these areas puts special requirements onto the methods of navigation and mobile capabilities of the robots. The content of the Entern project is the development of software and hardware to allow semi and fully autonomous navigation of existing systems in such environments. For this purpose, the project covers the subjects of environment modelling, navigation and operations & control.

The scenario of the project covers the navigation to geographically interesting sites like caves or craters, based on orbiter or aerial imagery. To negotiate the complex and steep terrain at these locations, detailed physical simulations will be run on environment representations which are generated by the system. By using a common representation of the environment for simulation and for the navigation of the system, a solution for critical situations can be found either with the help of an operator or by autonomous on-board simulations on the system itself.

The development of an environment representation and required software tools as well as the integration with the simulation system to allow on-board simulation are core activities of the project. Additionally, the integration of a control station and connected relevant aspects like communication management and asynchronous mission management in relation to the target scenario will be covered. Navigation is another important aspect of the project. The project covers the specific difficulties of navigation in craters and caves. The mapping will be supported by artificial landmarks, and the resulting data can be referenced in existing geo information systems.

The methods developed in the project will be evaluated on the existing systems Asguard and CREX. These systems will be adapted in hard and software to fit the specific scenario requirements. 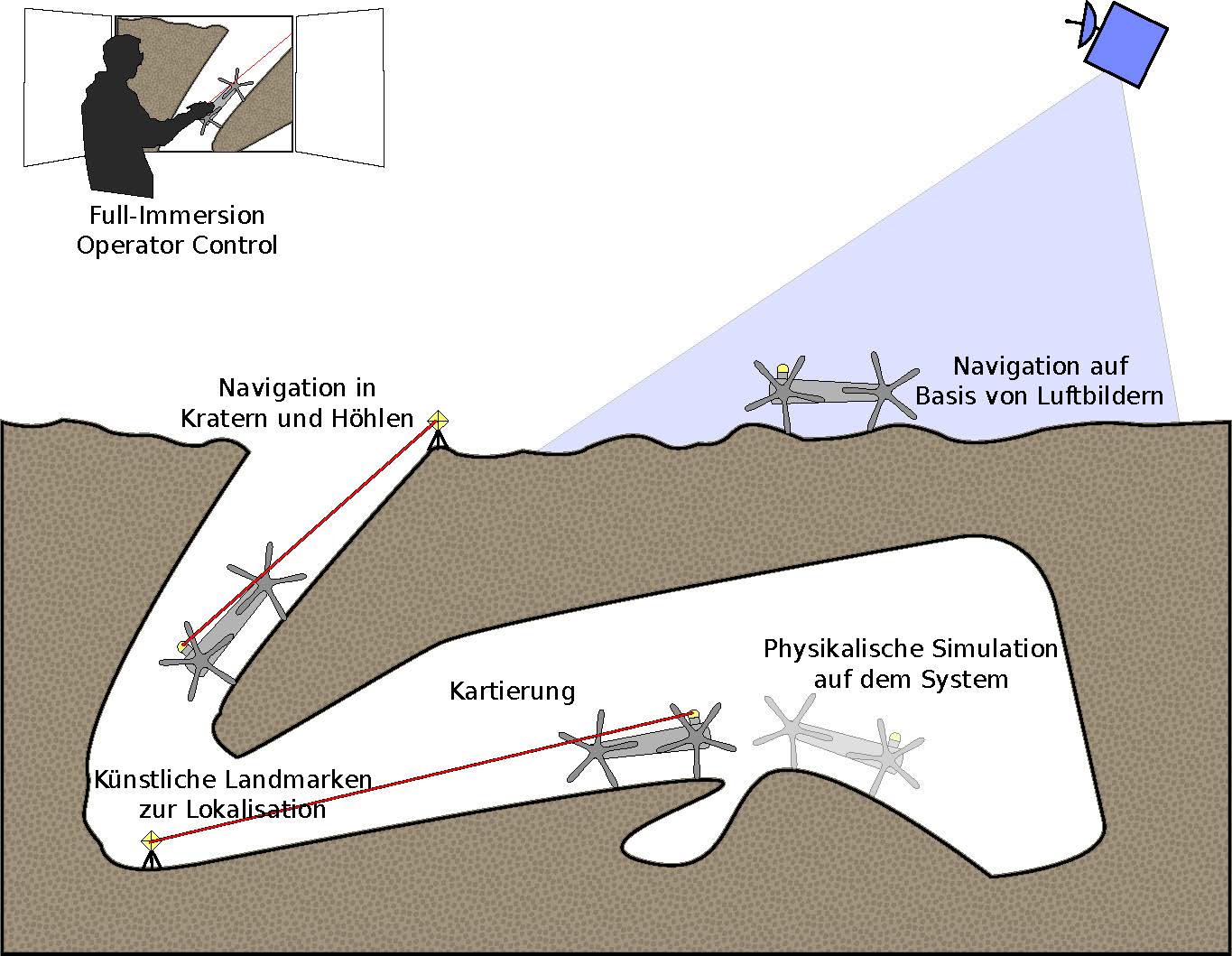